Arsen Alb is one of the more commonly used Homeopathic Remedies.   It is considered by many homeopaths to be a prophylactic and a great remedy for general colds and flu. This makes it an ideal remedy to have on hand if you have decided to forfeit those much-promoted and often dubious flu injections. 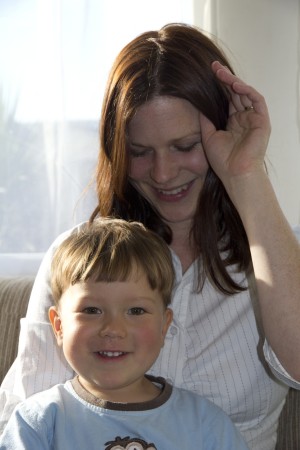 Pic of a bonny Mother and Child who have never had vaccinations of any kind:  Read Merrilyn’s post entitled:  ‘Health Without Vaccinations or AntiBiotics’.

Physical symptoms indicating Arsen alb:  The patient characteristically feels chilled and needs warmth, except for the head, which is often burning.  The skin is cold and damp to the touch. Sweaty, cold and clammy.  There is often a severe headache when Arsen alb is needed.  ‘Irritable, restless and discouraged’ best describes the Arsen alb patient.

The Arsen alb patient is thirsty but cannot drink much at a time.  There is an ongoing thirst for frequent small sips of drink.

Mental symptoms indicating Arsen alb might include:  Feelings of extreme sadness, depression, wanting to die, mental anguish and anxiety.  Wanting to avoid people because of a fear you have offended them in some way goes with Arsen alb.  Ongoing sadness is one of the  classic symptoms of the Arsen alb patient.

Homeopathic Aconite is another good remedy for when the symptoms come on after getting damp or chilled.  But Arsen alb is another useful remedy to remember in cases of damp and chill. 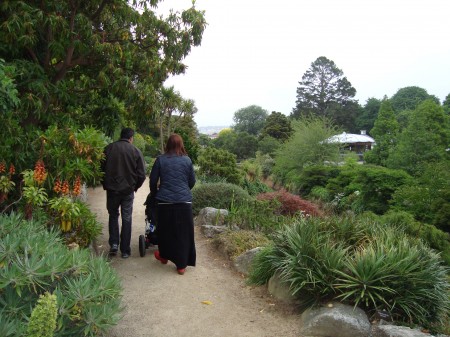 I recently had a bad flu which got better with the use of Arsen alb.  This is all I used to treat this intensely debilitating form of flu.  I put up a post a few days ago on just how effective the Arsen alb was for treating this virus.  Within two weeks I was almost recovered, except for a trace of a cough.

Then I went to Auckland for a job interview, and to hang out with friends.  Unfortunately, on my way to my job interview, I got damp walking in the rain.

Getting wet in drissly rain just about always brings on a chill or a cough or cold of some sort, unless I can treat it right away with heat, hot showers, dry clothes, and the help of homeopathic remedies such as Aconite or Arsen alb.

Next thing, without my homeopathics and home comforts, I had severe bronchitis.  I had left my Arsen alb remedy at home, so I had to endure the cough until I returned home five days later, when I again began the Arsen alb treatment. As beforehand, I took four or five doses or more of the remedy during the day, five drops at a time for each dose.  I had a piano committment the following day which involved walking a distance in cold air, so the cough did not have a chance to improve on that day.  But on the second day of taking Arsen alb, with the whole day at-home, resting and keeping warm, the bronchitis has gone again.

Diesel fumes and other pollution in Auckland also seemed to excacerbate my cough, which had arisen as an aftermath flu and getting wet.  Each time I went out in my friend’s car, especially along busy, congested roads such as the motorway, I suffered an asthma-like difficulty in breathing.  I really don’t think I can live back in the city anymore.  The clean country air of Morrinsville really suits me, and I have had no chest problems, except for this bout of flu, since I came here eight months ago.

Arsen alb works very well for me to treat irritation of the lungs which arises from allergies.  I think it is a remedy well worth considering for people who get asthma, especially if they suffer from allergies of various kinds.

I must mention that I DID consume quite a lot of hot lemon drinks over this recovery period.  The lemon juice action works very well with Arsen alb, I think.  Remember not to use coffee, or very little of it, if you are using Homeopathic remedies to cure infections of any sort.  Coffee negates the action of most homeopathic remedies.  So – Wait to get well before you begin drinking coffee again.

List Of Homeopathic Remedies As Alternatives To Conventional Medicine

A revised edition of Merrilyn’s 1980’s Health Book entitled: NO CANCER NOTEBOOK is available for purchase. 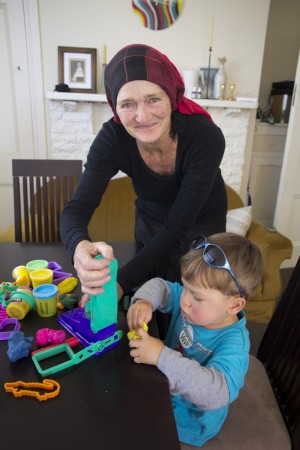 The TV3 Campbell Live  show last night, 16th May, 2012, featured the story of a young child who is allergic to many things.  Even water is a problem for him.

His Mum told the story about how this  poor wee thing had had a severe skin rash from a very early age.  The condition was so chronic that the child’s skin was weeping.  Photos of the child as a baby showed his face totally covered in a red and angry rash.  His Mum now realizes that the cause of the chronic skin condition is due to multiple food allergies, and allergy to dust mites, as well as water, synthetics, and other substances, and has adjusted his diet and his activities accordingly.

He survives on an extremely restricted diet which excludes wheat, milk, rice, corn, dairy foods, peanuts, nuts, and numerous other things.  His clothes are put into the freezer for a while to kill any dust mites which might be on them.  Care is taken not to expose him to other people who may be eating, or who might have just eaten, any of the foods which he is allergic to.

His social life has been impaired to a degree, but his caring Mum does everything she can to give him a normal childhood experience and social life within the boundaries stipulated by the allergic condition.

It was great to see the topic of food allergies in young children coming up on Campbell’s show. But the important question was not asked on Campbell’s show as to what might have caused these severe food allergies in the first place. Healthy children should not be suffering allergies to this extent, if at all.  Allergies in children have to be a symptom of the Western, modern, way of rearing a child,  the chemicals in our food, vaccinations and other drugs, and the high-wired electro-magnetic environment many of us are exposed to.

So – we should be asking ourselves what is the reason for a child to have such severe allergies to so many things?

On John Campbell’s show last night, these allergies were portrayed, very conveniently for all drug companies and the doctors and specialists in the field of medication, as something mysterious and random which ‘strikes’ young children.  One would assume  from the programme that this child will need continuing and probably expensive medical help for some time.

Not once did the subject of vaccinations, or immunization, or antibiotics, come up with regard to the allergies which this child suffered.   HAD THIS CHILD BEEN VACCINATED IN HIS FIRST YEAR OF LIFE?  If so, this could be the very cause of all those allergies.  This is a VERY important question which was left out of the programme.  This, to me, is the most likely cause.  However, there are other factors which might have contributed to this child’s condition and these could have been discussed on the show, to make the show a real learning experience for the viewers.

The important  things  which I would consider if my child was so sensitive to so many things would be:

2)  The alternative therapies which are available for allergies.   Homeopathic remedies, Chinese medicine, and Ayurvedic medicine are all options which should be being discussed as alternatives to vaccinations, as well as being considered for treating conditions such as allergies, which have most probably been brought on by ‘medical intervention’ in the first place.

There is a wide range of Homeopathic remedies for children, many of which I used myself, for my own children, as well as for my own health.  I decided that my children were not going to have any more vaccinations, after my first-born child had a severe reaction to the first two vaccination shots, one at three months, one at six months.  He suffered a skin rash, a bloated stomach, pain in the stomach, and cried a lot after both these injections.  After that, I decided to explore Homeopathic medicine, which does not have the dangerous side effects of modern drugs,  as an alternative to vaccinations for my children.  These  homeopathic remedies worked very well to treat all the normal childhood infectious diseases  such as mumps and measles, and many other complaints such as croup and  whooping cough.  I discovered that Homeopathic Ledum worked as a tetanus substitute, so none of my children even had as much as a tetanus shot.

Mainstream medicine is given every consideration and respect on our television channels, and in the printed media, whilst  the safer alternatives to allopathic medicine, such as Homeopathy,  are deliberately left in the backwaters.  Because the drug companies have the monopoly on the ‘health’ industry and its medications, vaccinations and immunizations, and they want to keep it that way.  There is big money to be made in pharmaceuticals and agricultural chemicals, and these drug companies today do as much as the cigarette companies did in times gone by, to dupe the public about the safety of their medications and vaccinations.

Whereas, in fact, there are many Homeopathic remedies which have no risky side effects as do vaccinations, and which could be used instead of these harmful chemical or antibiotic  medicines.

3)  The added chlorine and other chemicals in our tap water.  Chlorine added to our water supply is a major health hazard, in my estimation. Many people have an allergy to chlorine, which can cause eczema and other skin irritations, plus digestive problems. It is thought to be a contributing factor to conditions such as arthritis, alzheimer’s, and cancer as well.

4)  The possibility of electro-magnetic influences having a bearing on this child’s health.  The proximity of cell-phone towers, electricity transformers, the house meter-box being too close to the child’s bedroom, electrical appliances such as fridges, TV’s or stoves being close to where the child is sleeping.  Any of these things can under-mine a person’s immunity and cause malfunctions in the body and brain.  Excema and psoriasis can be the result of being exposed too long and too often to electromagnetic forces.

I think that  John Campbell should have put these questions forward to the mother of the wee infant with multiple allergies.  It may be that these things I mention have no bearing on her son’s sickness at all.  But I would think that it is 97% likely that vaccinations, or drugs or chemicals of some other kind,  or electro-magnetic tensions  have had a big part to play in making this child so sensitive and so sick.