Vaccinations Do Not Always Work.  This is the sad lesson for a family whose 12 year-old daughter died of Meningitis on Monday. 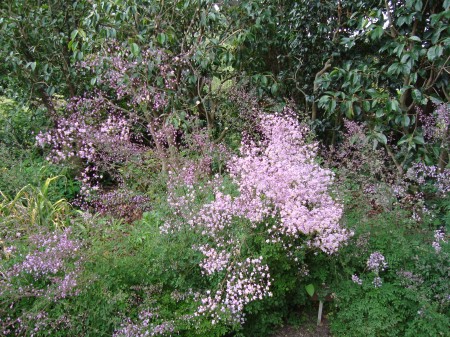 Vaccinations may help to prevent a bacterial disease, but vaccinations are no good on viral diseases.  If this case of meningitis was a viral one, then the antibiotics in the vaccine given her will have been ineffective for that reason.  But Vitamin C works on both viral and bacterial diseases…….

Alternatives to Vaccinations:  Two other therapies can be used instead of vaccinations, and these are massive doses of Vitamin C when the disease presents itself, and Homeopathy for prevention and cure.

And this is why Vitamin C therapy and Homeopathic Medicine should not be suppressed by doctors or by drug companies or anyone else.

Vitamin C has cured people of infectious diseases when they were expected to die.  Only two years ago, a man who had swine flu recovered because his family persuaded doctors to give him intravenous Vitamin C in massive doses.  The medics at the Auckland hospital where he was being treated were about to take him off life support and let him die.  He lives today, because he was given Vitamin C.

Everyone should learn about basic Homeopathy:  It has stopped people dying of cholera, of scarlet fever, polio, tetanus, and other infectious diseases in the past.  It could well save the life of your child in an emergency.  However, Homeopathic remedies work best when the patient has not been exposed to a plethora of vaccinations and other antibiotics beforehand. It is best to choose one or the other – vaccinations or homeopathy.

If  you decided to vaccinate, but your child  nevertheless gets sick from the very disease which he or she has been vaccinated for, then it is possible that the appropriate Homeopathic remedies may not work either.  This is because vaccinations upset the equilibrium, and harden a person’s sensitivity to all manner of things, including homeopathic remedies.  However, in an emergency if nothing else can be done, it is always worth a try to use a homeopathic remedy on a vaccinated child.

And I would ALWAYS give large amounts of Vitamin C in an acute illness such as suspected meningitis.  With or without vaccinations, Vitamin C can kill viruses and bacteria when it is given in large enough doses.  It is a good thing to keep Vitamin C in your cupboard in case of an emergency, as well as Homeopathic Aconite, Belladonna, Mercurius, Ledum, Arnica, Arsen alb., and a few others.

Sad Death Of A Vaccinated Girl:  Just this week, a 12 year old Wellington girl has died  of suspected Meningococcal disease, only hours after showing the first symptoms.  Amanda Crook-Barker had stayed home from school on Monday, 3rd September, because she was feeling a little sick and had a sore throat.

Within a short time she had started vomitting.  Shortly after vomitting, whe manifested a rash, which is one of the classic symptoms of Meningococcal disease.  One identifyer of meningococcal disease is that the rash does not disappear when you press the area.

Within two hours of the rash appearing,  at 5 PM, Amanda had died.

Her father said that the rash quickly overtook her, and by the time the ambulance came to take her to hospital, she was black, as if bruised, all over her body.  He only described her condition in an interview on television tonight, 5th September, so that other people might recognize the symptoms and act more quickly if their children became sick.  Amanda’s condition deteriorated so quickly, there was hardly time to recognize the stages of the  fast-accelerating illness, and the family certainly did not anticipate that things would develop the way they did, and claim their daughter’s life within hours.

It is most likely, though, that even if she had gone to hospital earlier in the day that the disease may not have been diagnosed.  On the news tonight, her illness was described only as ‘suspected meningococcal disease’.  Even if her diagnosis was certain, it is likely that antibiotics may not have reversed her condition.  She had already had a vaccination for meningococcal disease.  The only treatment which may have saved her life could have been a megadose of Vitamin C  in combination with a homeopathic remedy such as Arsen alb, Aconite, Belladona, Mercurius, or Crotalus.

Over the past month there have been five cases of meningitis reported in the Auckland region.  Fifteen cases were reported in Wellington last year.

A doctor appeared on the news tonight to warn people that they still could succumb to meningitis, even though they had been vaccinated.  The doctor said that there are many strains of meningococcal disease, and there is not necessarily a vaccine for every one of these.

Some extra reading on alternatives to vaccinations: