Basic Natural Homeopathic Remedies For Shingles, also known as ‘Herpes Zoster’:  This post concentrates on the Homeopathic options available for the treating of Shingles.  More information on natural treatments for shingles may be gleaned from Merrilyn’s earlier post entitled: ‘Homeopathy For Shingles’. 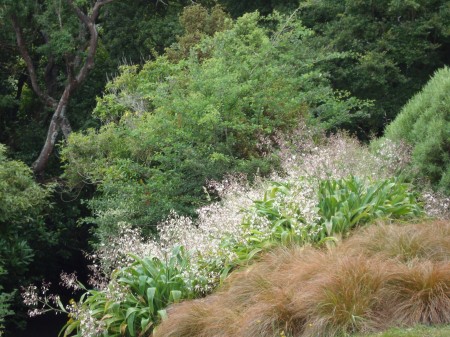 I believe that overuse of vaccinations and other medical drugs, plus the effect of toxic insecticides and herbicides and food additives, are the reason so many people get shingles at some stage of life.  It is usually under conditions of great stress that we succumb to shingles, but I think that the interference of vaccinations in our systems, and the other chemicals in our environment, are the things which set the stage for the return of the herpes zoster virus.

Dr John H. Clarke, M.D. in his Homeopathy book ‘The Prescriber’,  and W.A. Dewey in his ‘Practical Homeopathic Therapeutics’ each list several good remedies for treating skin diseases, including the shingles virus.  I have recently added Dr Iyer’s best recommendations to this list.

The virus which causes shingles is related to the chicken pox virus, and apparently, any of us can succumb to shingles later in life, after having had chicken pox as a child. So it might be a useful thing to learn of some homeopathic remedies for treating both chicken pox and shingles, just in case.

It is widely accepted amongst homeopathic practitioners, that Rhus. tox is one of the best remedies for shingles.  Rununculus is another recommended remedy.

A friend with long-standing symptoms of shingles, mainly on the shins,  found that homeopathic Rhus. tox taken three times a day for a week, reducing to twice a day for another week, and then a dose once a week, worked to cure the shingles.   She also applied colloidal silver to the affected skin, and used between 1000mg-2000mg calcium ascorbate vitamin c each day for around 2 weeks.

John H. Clarke states that Rhus tox 30 taken orally three times a day for three consecutive days will usually cure shingles when the disease has affected the scalp, and he also says that Rhus tox is useful for treating shingles in younger people.

John H. Clarke suggests that treatment for general Herpes Zoster – Shingles – begin with Variol. 6, 4h, which you would have to get a homeopathic chemist to make up for you.  He suggests that another remedy follow the Variol:  If you are a younger person below middle age, then you would use Rhus tox 3, 2h.   He recommends Mezerium 3, 2h. for older persons, and Arsen alb 3, 4h. for chronic cases.

When continual pain is experienced, you could try Homeopathic Pru. spi. 30, 3h, taken orally, which Dr Clarke recommends.  For external application over the afflicted area, Dr Clarke suggests a lotion of Cantharis 3x made up, 10 drops to the ounce.  This can be applied on clean linen.

An ointment of zinc oxide and castor oil can be useful, says Dr Clarke.  Zinc and castor oil ointments were commonly available until recently for the treatment of babies’ nappy rash. You might still be able to purchase this from a health shop.

Use Nitric Acid or Graphites if there is extreme itchiness.

For Shingles, Iyer specifically recommends Aconite at the beginning of the condition appearing, marked by sore chest, fever, or headache.  When these symptoms have subsided, use Rhus tox, taken every four hours.

If nausea and vomiting are present, Iyer says to use Antimon tart, given every two hours as needed. Other remedies recommended by Dr Iyer for shingles, depending on the symptoms, are Arsen alb, Hepar sulph., Mercurius, Lycopodium, Sulphur or Sepia.

Dr Iyer uses several doses of Sulphur at the end of a treatment if symptoms have not entirely cleared up. He claims this almost always effects a cure.

No Cancer And Good Health Notebook.  This is the link:

Intravenous Ascorbic Acid in the Treatment of Influenza: Lack of Evidence or Incontrovertible Ignorance? ‘Unfortunately, as long as IV/C has the potential to bankrupt hospitals, it doesn’t matter how well it works.’  (Professor Ian Brighthope, quote from http://www.vitamincfoundation.org/forum/viewtopic.php?t=9950)

Vitamin C is antiviral, antifungal, antibacterial, and acts as an antihistamine.  It helps the body detoxify, which is why it is such a valuable remedy to use in alternative cancer treatments.