Childhood Illnesses And How Homeopathy Can Be Used As An Alternative To Vaccination or Immunization. 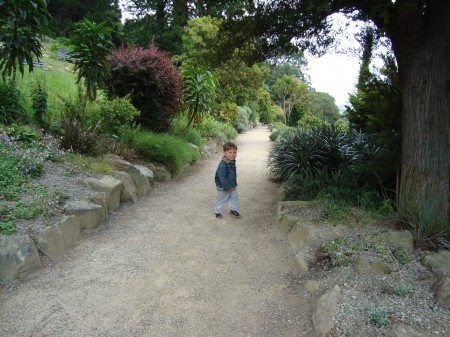 It is worth keeping in mind that vaccinations do not always work.  Some common childhood illnesses have developed strains which are resistant to vaccination antibiotics.  And sometimes complications can arise from vaccinations or immunizations as they are called.

I stopped having my children vaccinated after I witnessed  my first-born child suffering dreadfully because of vaccination/immunization injections.

Unhappily, I agreed to the first standard vaccination at 3 months old, after which his skin became reddened and blotchy, his little body swelled slightly, and he cried all the time because of digestion troubles.  These symptoms took several weeks to subside.

He had returned to a normal sleeping pattern, the swelling gone down, and the crying stopped, by the time the plunket nurse came around to our country home to give him the second shot at only 6 months old.  She had insisted that there was no other way to protect my child, other than to vaccinate, and that being in the country we needed to do this very urgently.  Again, sensing that this was NOT the right way to go about protecting my child’s health, I let her in to give my bub his second shot.  Same thing happened, only worse this time.  It was obvious that he had stomach pains as a result of the injection.  He swelled out as if he had water retention, and his skin became reddened again. He cried for long periods at night and his sleeping pattern was again disturbed.  It took a longer period for his health to return to normal after the second dose of the immunization medicine.

So when the plunket nurse turned up at the door again, when my baby was 9 months old, I had made my mind up that no child of mine would ever be vaccinated again.  My family, after that, had not even a tetanus injection.  Instead of relying on these antibiotic vaccinations, I read and read and read as much as I could about homeopathy, vitamins, colour therapy, herbs, and natural diets.  I also developed the use of the pendulum to help me select just the right homeopathic remedy for any suspected condition.

Mind you, it was always good to know that the hospital was available to us should anything go wrong.  A couple of times, when my youngest son had a midnight attack of croup, or whooping cough, we set off for the hospital in the middle of the night.  But we were spared the necessity of visiting the hospital after all:  I had already given him homeopathic Drosera just before leaving home, with Vitamin D and A rich Halibut liver oil capsules,  and these remedies suddenly did the trick as we drove along in the car, as we headed for the hospital.  His breathing became as regular as any healthy child after 5 minutes or 10, and so we turned the car around and went home again.

Measles, Mumps and Chickenpox can all be treated effectively with homeopathy, if the right remedy is given.  But because it can take some skill to choose the right remedy, I do not suggest that you simply decide not to vaccinate and hope for the best with your selections. You really need to have an experienced homeopath handy if you have no experience in using homeopathy.  So – see your doctor, herbalist, naturopath or professional homeopath in the event of any childhood illness.

However, the following  remedies, taken from Dr Stephenson’s book entitled  ‘Helping yourself With Homeopathic Remedies’, may be used as guidelines to help you to learn more about homeopathy in the treatment of measles:

For measles with sudden fever use Aconite or Sulphur.  You can start off with the Aconite, using a few drops of homeopathic Aconite every fifteen minutes for around 6 doses if the fever persists.  As the fever subsides, you stop using the remedy, or perhaps give just one dose per day.  Aconite, if used just for the first day or two, can be followed by homeopathic Sulphur, just one or two doses per day of the standard over-the-counter potency. I used to use the 6C, but the common potency these days is the 30C.

Bryonia is a wonderful remedy for bronchial complaints, and this can be used if bronchial troubles set in as a complication of the measles.  Drosera is another great one I would recommend for bronchial troubles, which actually isn’t mentioned in the list which Dr Stephenson gives. Don’t forget that Vitamin A to help overcome the infection.  Vitamin A and D, found in Halibut Liver Oil capsules, is very good in combatting lung infections.For small children, I would bite the capsules open and squirt the contents into my babe’s mouth, swallowing the remains of the capsule myself.  I sometimes used around 4 or 5 of these in one dose, repeating the same around an hour later if the infection persisted, and then no more.  You can overdose on these vitamins if they are used for a prolonged period.  So no more than two of these bigger doses, to be on the safe side.

Unicef Are Using Vitamin A as part of a measles prevention campaign in Syria.  At last, Vitamin A has earned its place in orthodox medicine.  It was always there, as physicians of old used to prescribe cod liver oil for everything.  But drug companies, and modern trends to ignore the remedies of old, put Vitamin A in cod liver oil in the back of the cupboard.  Now it is in the forefront again.  Praise Be.