This post is meant for information only. It is not a complete account of alternative cancer treatment, nor is it necessarily accurate.  It is not advised that you begin a treatment for cancer or anything else on the basis of what is written here. 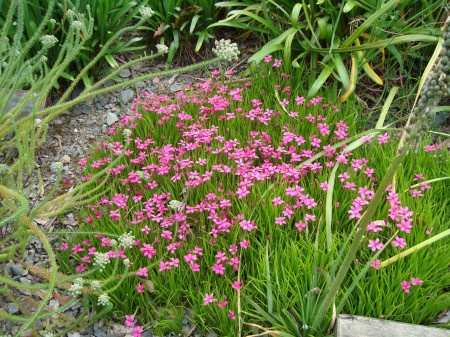 Alternative Cancer Treatment is not promoted by many doctors, though there are some intelligent and intuitive doctors about, for sure, who would not dismiss the idea of alternative cancer treatment.

Many doctors in the medical profession are true ‘healers’, because they really do understand why and how cancer exists, and understand something of the detoxification and nutrition factors which are involved in bringing sick  people back to health.

In New Zealand, we had our own Dr Eva Hill in the early part of the 19th century.  Dr Hill  was a true healer who cured many people,  in New Zealand and abroad, of serious diseases like cancer through natural medicine.  She used herbs,  nutrition, detoxification and meditation techniques.

Walter Last, an Austrian physicist who worked many years in New Zealand before moving to Australia, also has cured many people of cancer and other degenerative disease. Dr Ann Wigmore, an American, is another famous doctor who learned how to treat cancer naturally:  she had had cancer herself, and recovered, adapting her own version of therapy from the ideas of  Dr Max Gerson.    Dr Max Gerson, another  American,  was another  such brilliant doctor:  His life’s work was devoted to helping people with cancer and other degenerative disease.    Dr Gerson’s book on cancer has helped many people, including myself, to recover from disease.  More on Dr Gerson and his book later in this post. Now:

Why haven’t  we got a ‘cure’ for cancer? For a start, the drug companies, which really are the influencing force behind most practising doctors, and most medical schools, do not wish to promote natural cures of any kind, as these will only interfere with the sale of their drugs, and their profits, unless they can take charge of the ‘natural cure’. In most cases, that is nigh impossible, as ‘nature cures’ are very hard work, and require an exceptional determination and perseverance on the part of the  patient, which means that ‘the cure’ cannot  really be bought.

The other reason is that people are very lazy, and do not want to put the hard yards in to get their health back.  They believe that they have been targeted unfairly in that they have ‘got’ cancer.  They, in most cases, want to believe that the physician has  all the answers with his drugs, chemotherapy, and radiation  for cancer.  They don’t want to hear about the environment, how it has become polluted through our own stupid fault, and that we should ALL be changing our lifestyles for clean,  more fairly run, honest and healthy agricultural communities.  No –  most of us  don’t want to think about the extent of it, or make radical changes when we get cancer.   All most people want to do is carry right on doing what they are doing,  succumb to the advice and the treatment by the physician, take their medicine,  and hope for the best.

So we must take some of the responsibility for this stupidity ourselves.  It is not just the drug companies who are at fault here.  They simply are profitting from people’s laziness:  they fit  into the scheme of things because people want to take the easy way out:  by using weedkiller to kill the weeds instead of pulling them out;  and by taking drugs when they get sick, even if they don’t do the trick.

Dr Samuel Epstein, in ‘The Politics of Cancer’, gives many instances of drug companies controlling and monopolizing the ‘healing’ world, and healers themselves,  by putting people out of business, and banning certain products and activities, because they pose a threat to their dragnet of wealth gained from the sale  of pharmaceuticals all over the world.

Whenever a herb or some other remedy  looks as if it might be effective in treating a condition,  then drug companies are the first to step in to try and patent it, or get it prohibited so that the public do not have access to it anymore.  Such an example is  the case with turmeric, and comfrey, or ‘knit-bone’, both of which are powerful healers.  Comfrey, unfortunately, is banned in most western countries now, but turmeric has had abetter fate, because, as it is an important food item in India, it has just managed to escape the hungry mouth of the drug companies  turmeric tiger which wanted to patent it for their own profit.

Drug companies have been known to shut down  the practices of doctors or naturopaths, or other healers who have been successful in treating cancer.  Some famous practitioners have even been thrown in jail and their successes denied, through the actions of jealous drug companies.

I have just found a very important book on the subject of cancer.  It is called ‘The Cancer Conspiracy’, written by Dr Toni Jeffreys PhD, published by Crows Nest Books, P.O. Box 607, Warkworth, New Zealand 1241.  This edition is 2000, although there is an added note in the book which says a further edition will come out shortly.

This is such a great book.  It is well researched, right on the mark, and written with great heart.

Dr Jeffreys has a similar view to Dr Epstein in that she does not have too much respect for modern day medicine, which seems to be linked so strongly, like glue, to the drug manufacturers.

It is the same scenario now with the problem of cancer:  We are forever being led down wrong trails under the name of research, simply because the drug companies, who are the richest organizations in the world, do not want anyone to find a cure, or point out that the cause of cancer is actually inherent in our sick,  industrialized society.

Cancer is a microscosmic  symptom of  the vast and wide macrocosmic sickness and disfunction which we ourselves have created.

So it goes on.  Money is continually poured into ‘research’, which only serves the purposes of the drug companies, because they decide exactly what things they want to do their research on.  Of course, they don’t choose to spend their research money on the obvious  thing which really would help people and the enrvironment – the cause of sickness – as making people well would not bring them in their money. The whole medical and drug hierarchy relies  on people being unwell, and being reliant on their drugs.

The big business of chemical production and sales begins with the very food we eat.  It is sprayed many times with chemicals which are often made by the same chemical companies, or associated chemical companies, which produce the drugs further down the track, to ‘treat’ us once we have become ill from consuming their pesticides and herbicides.

Alternative Cancer Treatment which Has Worked in Many Cases:

I am really pleased and excited to see Doctor Jeffreys  talk about the Gerson programme of alternative cancer therapy, and the Gerson history:   Dr Max Gerson literally cured thousands of people  of cancer and other disease during his working life.  Of course, not everybody survived, but many did live to tell the tale.

Dr Max Gerson is one of those doctors who was literally hounded by the FDA, pushed on  by the dug companies of his era.  Dr Gerson was  eventually forbidden to practice in America, and was chased away, out of the USA.  He set up a clinic for treating cancer and other degenerative disease in Mexico, which is  still being run,  by his daughter, today.

You can contact the Gerson Institute in Bonita, Califormia, or the Gerson Research Institute in San Diego, California for more information regarding treatment at a Gerson clinic.  Or you can buy the book to  read about his amazing success rates, and gain an insight into just how his treatment works,  basically, through  detoxification  methods and nutrition.

I have described elements of the therapy  which I have found helpful in many posts on this site, but I do recommend that you read the entire book.

Dr Toni Jeffreys also talks about the natural treatments of  John Hoxsey and his son Harry Hoxsey, who were famous for their health advice and herbs which they freely gave away.   The Hoxseys were  alternative healers  who were also forced to give up the  practice practice of healing naturally. They were brought to eventual ruin, and the elder Hoxsey was thrown in jail.  A Hoxsey clinic still survives in Mexico, but this is the only place where you can take advantage of the Hoxsey healing herbs.