‘In bramble, out cough,

Here I leave the whooping cough’.

Thus goes an old English rhyme which Josephine Addison quotes in her book, ‘The Illustrated Plant Lore’.  Apparently, she writes, in some countries, this rhyme was said as the patient passed seven times through an arch.  Presumably the bramble or blackberry was taken as a restorative tea, with this rhyme and wee dance added to improve the spirits of the whooping cough patient.

Using Blackberry as a fermented tea:

Fermenting herbal teas increases the nutritive effect of the herbs used.  The fermenting process releases the active ingredients, such as tannins, iron, manganese, potassium, flavanoids and other antioxidant agents, such as Vitamins C,and Vitamin B.  Vitamin B levels are increased with the fermentation of the herb.

Black Ceylon Tea is put through a fermentation process to improve the flavour:  The tannin and other antioxidants are released from ceylon tea when it is fermented.

Simply wrap up the clean fresh leaves of the herb you wish to make into tea.  Wrap the herbs lightly in a clean, damp tea-towel.  Put them into a warm place for a couple of days.  The warmth helps the fermentation process, which will increase the availability of antioxidants from your herbal tea.

After two or three days, take out the leaves from the tea-towel.  Spread out over a tray and dry carefully in a warm, airy place.

Take one heaped teaspoon of dried herb, preferably fermented as explained above. Pour over one pint of boiling water and let the tea infuse for 20 minutes.  Let cool.  Drink up to two cupsful of the cold tea each day.

This infusion can be applied warm to skin eczema.  It is soothing and has healing qualities which help the skin.

Blackberry Tea Combination (for similar use as above)

Crumble up all the herbs, mix  well, and put in an air-tight jar.

Take a heaped teaspoon of the dried herbs and pour over a cup of boiling water.  Let steep for 10 minutes, then strain and drink. Take the tea three times a day as a prophylactic for flu, or to treat it.

These ideas for using blackberry as a healer for tender gums, and other things, are recommended by Dr Vogel in his book ‘The Nature Doctor’.  This doctor surely believed in the power of herbs, rather than drugs, in helping to heal certain ailments of the body.

John Heinerman, Ph.D., also recommends blackberry in his book ‘Miracle Healing Herbs’, published by Heinerman,1998, where he praises its use, especially in cases of diarrhoea.  Mr Heinerman also considers blackberry tea to be useful for such conditions as skin sores, mouth sores, impaired liver function, and sick blood.

Chew Fresh Blackberry Leaves to help heal bleeding gums (often a sign of Vitamin C deficiency).  You could use some of your fresh fermented blackberry leaves for this purpose.  Chewing the leaves releases the healing Vitamin C and tannins, both of which help to stem bleeding and heal the tissues.

According to old English herbals, the young shoots of blackberry were sometimes used as salad greens. Eating the young leaves in this way ‘would fasten teeth which were loose’. (see Josephine Addison p.28-29)

The healing action on the gums and teeth would be attributable to the plentiful Vitamin C and rutin within the blackberry leaves.

Many years ago, whilst expecting my first  child, I healed loose teeth and bleeding gums with the use of citrus fruit, eaten every day until cured. Grapefruit or lemons were recommended to me by an unknown healer.  He also said to eat some of the white pith under the skin each day, as this is where the Vitamin C content is richest.  Within a week, my gums were healed and the teeth strong again.

The hospital doctors had told me not to worry about the bleeding gums because ‘90% of all pregnant women coming here have bleeding gums,’ they said.  I guess most of these women were suffereing simple Vitamin C deficiency.

Drinking fermented blackberry tea three times a day for a week will also help the problem of sore gums and mouth ulcers.

My new book is available now on Amazon: 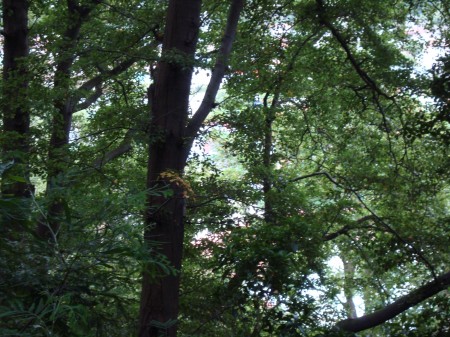 Hahnemann, the ‘Father of Homeopathy’, praised Homeopathic Drosera in the 30th potency so highly, he famously said that it cured nearly every case of whooping cough.  I would agree with Hahnemann, as I have found this to be a wonderful cure.  In my experience, it worked every time in treating both whooping cough and croup.  I used homeopathic Drosera  for all my four children when they succumbed to these bronchial infections, instead of antibiotics or vaccinations.

After witnessing the extreme distress and  adverse effects of vaccination jabs on my first-born child, who had two injections – one at three months, the other at six, I never vaccinated my children for anything again.  Instead, I read and read and read about alternative treatments for all the childhood illnesses, and developed a skill in using homeopathic medicine instead.

This action gave me the know-how in preventing illnesses, or at least in minimizing their effects should they strike my family.  It saved a good amount in doctor’s bills too.

The doctor’s, I had found, did NOT always know best, and often behaved like idiots.  At least, at the time, the ones I had the misfortune to meet did. One example of this was when we were aerial sprayed with the deadly 245T up in the Weka Weka Valley in the Hokianga.  All morning the helicopter flew over our house, dropping a deluge  of 245T herbicide about our house, garden, and our stream where our drinking water came from.  The spraying was intense,  since our house was situated in an area of dense blackberry.

My first-born child and I both suffered terrible health problems because of this reckless spraying programme which was done as a collaborative effort on the part of our neighbours.  I was pregnant at the time, and that baby, dear girl, died at three months.  She may have had cystic fibrosis, but whatever, her condition mimicked the symptoms which my young son and I had had from the 245T poisoning – asthma-like symptoms, digestive problems, and other things.  Her poor health, I was certain, was directly related to the spraying which had gone on when I was around 6 months pregnant.  When I went to the doctor, being pregnant, and very sick after the aerial spraying, hoping to put my case on the database for the record, he told me, quite wrongly:

‘There was no proof’, he said, ‘ that 245T (Agent Orange – Dieldrin) did any damage to the human body’, and that my sick symptoms were all in my imagination.  “Psychosomatic illness.  You think you are sick, but you are not’, he said.  But I WAS ill, and what is more –  it was already proven by research done in other countries, that 245T ingredients were VERY harmful to people’s health, as well as to the babies of children whose mothers or fathers had been exposed to the stuff.  It was already banned in America. This doctor was either a liar or an idiot, or both.

This experience had come shortly after I had agreed to my first-born child being vaccinated.  He was made very sick with these injections, the same symptoms appearing immediately after both doses.  These were continual crying, bloatedness, terrible colic which caused pain, red blotchy skin, and not sleeping at night.  When the plunket nurse came back at 9 months, to give my son his third injection, I sent her away and that was the end of all vaccinations for my children.  Not even a tetanus shot for any of them after that – Homeopathic Ledum was the prophylactic for Tetanus, and so I used this if ever they had cuts and scrapes and I suspected that horses may have grazed in the area once-upon-a-time.

I believe that immunizations and vaccinations would not be necessary if only people would arm themselves with some knowledge about Homeopathic remedies.

So – later on in the story, when I had four young children, two of whom were attending school, we began to be exposed to those common childhood illnesses which some people like to get vaccinations for.

I had read about Drosera being a prophylactic for whooping cough and croup.  My experiments with this remedy were entirely successful.

Once, my young baby had a sudden fit of croup and wheezing in the middle of the night which scared the living daylights out of us.  We got into the car to take him to the hospital.  I gave him Homeopathic Drosera just before we left, and another dose on the way to the hospital.  Within a short time, before we got to the hospital, the attack was averted and he was breathing normally again.  So we returned home, without having to visit the hospital.

Other Homeopathic Remedies For Whooping Cough as indicated by homeopathic Doctor Dewey:

Coqueluchin or Pertussin.  This is a nosode derived from the Whooping cough bacterium.  Dr John H. Clarke, the framous London homeopath whose work I have referred to in other posts on this website, used the nosode with good results.  The Nosode usually works as a preventative.  Dr D.A. Dewey indicates in his book that the 30th potency and higher work better than the low dosage.

Homeopathy Awareness Week In NZ Not Given A Fair Go

The Sunflower:  Marigold Of Peru

Other names for the Sunflower are:  Sola indianus,  and  Chrysanthemum peruvianum. The Sunflower has been used for thousands of years as a food and as a medicine in South America.

Sunflower oil has cleansing properties:  It is  both a diuretic and an expectorant, which are both cleansing functions.

Sunflower seeds are very rich in  protein and in essential fatty acids. These nutrients are essential for the good health of the nerves, brain and eyes, and for the general health.  More than half a sunflower seed is made up of the valuable and highly nutritive Sunflower oil.

Other important health-giving substances in Sunflower oil are:  Helianthitanic acid, inulin, levulin, and Vitamin E.  This makes Sunflower oil a valuable ingredient in the diet as well as a useful and nourishing oil to use on the skin.  It is used in many face creams, lotions, soaps,  and as a massage oil base.

In folk medicine, an infusion of  Sunflower seeds has been used as a remedy for whooping cough.  According to Aubrey Hampton, in “What’s In Your Cosmetics?”,  Organica Press, Florida, 1995,  sunflower seeds have  been successfully used in Russia to treat cases of malaria.

Sunflower seeds are rich in protein, and calcium, as are sesame seeds.  Calcium, protein and fatty acids are helpful in calming the brain before sleep.  Eat a handful or two at bed-time to ensure a comfortable, easy sleep.  To get the maximum value from the sunflower seed, it is best to grind up a cupful in your blender.  Grind the seeds without water, until they have formed a coarse-to-fine powder.  Take a good tablespoon of this at bed-time as a calcium supplement for the benefit of the brain, the nerves, and a good night’s sleep.