Healthy Treat Recipe Uses No Wheat, No Butter, No Oils.

This Almond Fruit Cake Recipe Uses No Grains At All

Here is a welcome little recipe for people with sensitivity to wheat and other grains.  Those who have coeliac diseases will enjoy this one.

Just the thing for a children’s party when some children are on gluten free diets, or for those school lunches to provide a healthy snack filled with protein-rich goodness.

If you prefer, and no one is allergic to peanuts, then peanuts could be substituted for the almonds.

2 cups ground almonds – or use cashews or peanuts if preferred

1 cup of minced sultanas or raisins

Beat up the eggs well.  Add the sugar and beat again.

Pour the boiling water over the baking soda and stir.

Add all other ingredients, including the cream of tartar, into the bowl containing the beaten egg mixture.

Now pour over the hot water and baking soda mixture.

Put the cake mix into a buttered and floured tin or pyrex dish.  About 23 cm square is fine.

Bake on 180 C for around 3/4 hour, or until the cake is lightly browned and smelling delicious.

Leave to cool, and then ice if desired.

You could use a straight icing sugar icing with cocoa powder.  Alternatively, you might like to use a philadelphia cheese icing with a little lemon juice added.  Simply add enough icing sugar into your philly cheese to make a smooth, spreadable consistency.  Add the lemon juice.  Mix in well.  Then spread over your Almond Fruit Cake.

Or use without icing and simply slice into squares when cold.

My new book is available now on Amazon:

If you have celiac disease, or gluten sensitivity, or suspect that you might, then it could be very worth your while going to visit a reputable homeopath. 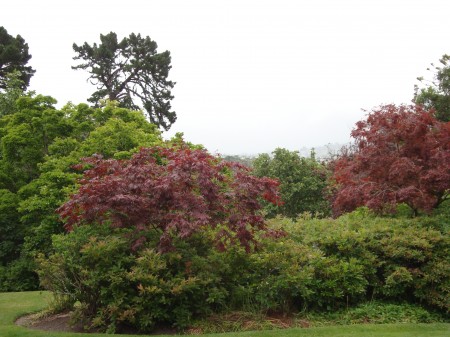 Homeopathy has helped many people who have digestive problems, including wheat sensitivity and gluten sensitivity.

Vaccinations have, and still do, cause allergic reactions in some people, with on-going sensitivity to certain foods as the result.  Vaccinations are problematic for many people.  They are thought to be responsible, in part, for the problem of obesity in the young, for arthritis and cancer conditions in some people, and alzheimer’s in the elderly and the not-so-young.

These are very good reasons to explore the alternatives to vaccination, such as homeopathic and herbal remedies.  For example – Homeopathic Thuja is one very good medicine which can help reduce or negate the bad effects of vaccinations.  This might be one remedy to try if you are suffering allergies, and gluten sensitivity.  Best to consult with your homeopath about this.

While homeopathic self diagnosis is ok for common complaints such as colds and flu, where you can safely administer your own medicine in most cases, you  do really need to see a professional homeopath for complex conditions such as gluten sensitivity,  as it is important to have just the right remedy if you wish to effect a cure.

I would like to point interested readers to a fairly new book on homeopathic medicine entitled “The New Materia Medica’.  This is by Dr Colin Griffith, MCH, RSHom., published by Watkins Publishing, London, 2007. Dr  Colin Griffith studied at the College of Homeopathy and is a founding member of the Guild of Homeopaths.  He has lectured in America, Canada, Japan and Greece and lectures on a regular basis at the Centre for Homeopathic Education, Regent’s College, London.

His books ‘Companion to Homeopathy’ and ‘The Practical handbook of Homeopathy’ are highly regarded in the profession.

In ‘The New Materia Medica’, “The Future of Homeopathy”,  Colin discusses many new remedies for many different health complaints and temperaments.  There is a small section which mentions several remedies which might be useful in treating gluten sensitivity. Of course, not everybody with gluten sensitivity can be ‘cured’ or even helped with homeopathy, but some people have made a full recovery with professional homeopathic help.

Dr Griffith has done much research into the new remedy ‘Okoubaka‘.  In his book, he compares Okoubaka  to other known remedies and gives some combinations which he has found successful.

I include these suggested remedies in this post with the idea that they might be of interest to practitioners, if they are not already aware of their potential in helping gluten sensitive people. Page 414 gives the following information:

Lycopodium:  This can be useful when allergy symptoms are manifested in the intestines, liver, nasal passages and the lungs.  Depression resulting from gluten toxicity can also benefit from Lycopodium.

Kali-bich:  Dr Griffith says that this remedy rivals Okaubaka in that it has ‘yellowness and stickiness of its discharges’, except that the symptoms of wheat and gluten aaggravation is not so severe, and the patient is not so ‘ungrounded and agitated’ as is the Okoubaka patient.

Med-am:  This remedy can support the progress of Okoubaka when the patient has succumbed to the ‘sycotic miasm’.  Med-am covers a similar range of mental and emotional symptoms, but it is not usually associated with toxicity from chemical poisoning or gluten reaction.

Pulsatilla:  This is more for patients with no thirst and for warmer blooded individuals than Okoubaka. Okoubaka and Pulsatilla people tend to lack motivation, but Pulsatilla is characterized by meekness.

Thuja:  This can have discharges and also have poor motivation.  Insecurity and putting on a brave act go with this remedy.

Sulphur:  Okoubaka could be used after Sulphur when indicated.