Medicinal Herbs: Thankyou to Charlie, who wrote in asking about Black Walnut as a restorative herb for tooth enamel. 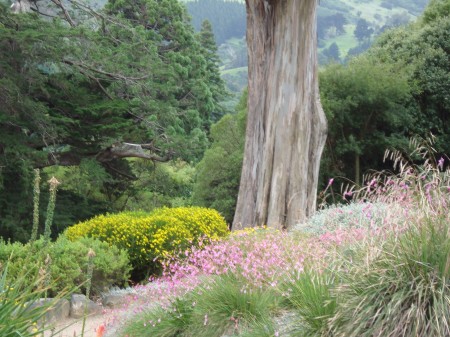 Restorative Diets such as those used for cancer, arthritis, multiple sclerosis and other diseases, have proven successful in many cases, for restoring tooth enamel.  Often, people have discovered that their teeth have repaired themselves whilst following a strict dietary and cleansing regime to treat eczema, psoriasis, or a life-threatening disease.

So what is it about the Black Walnut,  the Juglans nigra, which gives it such a great reputation for facilitating healing, including the regrowth of tooth enamel?  Louise Tenney who wrote the book ‘Today’s Herbal Health’, 1983, gives a summary of the healing attributes of the Black Walnut, in which she includes its ability to heal tooth enamel.

Valuable Minerals in Black Walnut:  For a start, Black Walnut Husks and Leaves are rich in important healing minerals.  Some of these, according to Louise Tenney, are organic iodine, magnesium, manganese,  Vitamin B15, silica, iron, calcium, potassium and phosphorous.

Silica is another important mineral which helps to keep harmful germs at bay, as well as having an important function in building strong teeth, bones, hair and nails.  Silica is found in the Black Walnut husks and leaves, as well as in Comfrey, Stinging Nettles, and Prickly Ash.  Comfrey is one of the richest sources of silica, which is a good enough reason to have the plant brought back for the general public to use again:  At present, many countries have banned comfrey because the drug companies have convinced governments that it can cause cancer and should be banned.  But this is really so that they have the monopoly on all the healing ingredients contained in comfrey.  People have been using comfrey as a healing herb TO GOOD EFFECT for thousands of years.  Stinging nettles are another rich source of silica, but commercial herbicides and people’s desire to control our road-side verges have almost put this vauluable healing plant into extinction.

Avoid Chemcials including Food Additives: Of course, it is not enough to simply use Black Walnut tincture, or another iodine product, on a daily basis.  For Black Walnut tincture to be effective on the teeth, you would need to have a nutritious diet, with plenty of protein, green vegetables, and plenty of raw salad material to keep the teeth clean and the saliva alkaline.  The same goes for using Comfrey in the diet, or Nettles, or Prickly Ash rubbed onto the gums and teeth – You need to be following a sound and healthy diet, rich in green vegetables both raw and cooked, with adequate protein, and little or no sugary foods, for the teeth to restore themselves.  You also need to avoid any harmful chemicals such as those food additives which are put into all sorts of packaged food these days.  Even breads contain preservative, which are very bad for the teeth as well as the general physical, mental and emotional states of well-being.

Cleansing With Castor Oil:  Periods of cleansing, where raw foods are eaten for a day, or several days, depending on the advice of your health practitioner, can be helpful in removing toxins from the body.  Ridding the body of toxic chemicals, and avoiding contact with chemicals, can help the general health as well as the health of the teeth.  Jacqui Davison was following the cancer-cure outlined by Dr Max Gerson, who cured many people of cancer during his life-time.  Castor Oil was one of the most important ingredients of his cancer cure.  Dr Gerson’s diet for reversing cancer also healed the tooth enamel on Jacqui’s teeth.  However, it must be remembered that Jacqui followed this diet with its rigorous cleansing procedures, for almost a year before she realized that her teeth had repaired themselves.  Healing of the teeth takes as long as it takes to heal an invasive cancer, and it requires the same amount of vigilant effort.

Improve Circulation With Herbs: Some people feel the cold so dreadfully, and they can do nothing to keep warm.  In extreme conditions, this is called ‘Raynaud’s Disease’.  Some medications can cause ‘Raynaud’s Disease’.  Remember that it  is essential that adequate exercise is taken, to stimulate the blood flow.  But here are some herbal suggestions, to add to your exercise regime,  which might help you to feel warmer. 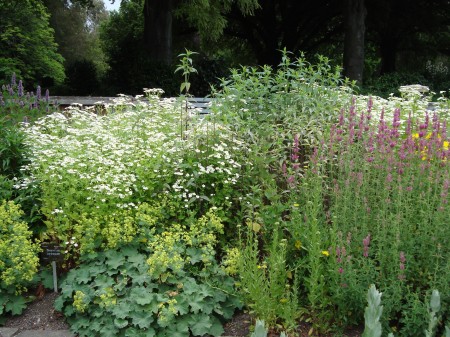 Cayenne Pepper: This is one of the best herbs for circulation problems. Just a little  Cayenne Pepper can be sprinkled into the socks, or into the shoes.  Believe me, this works very well to increase the warmth in the body.  Too much for too long can cause sweating and over-heating, so use it very moderately.  The over-heating effect of Cayenne  can be very useful if you are doing a detox, as this aids the removal of toxins through the pores of the skin, and stimulates the other organs to eliminate waste, and function as they should.

Other, similar herbs which have a similar effect to Cayenne pepper, and which can be sprinkled into the shoes to improve circulation are Black Pepper and Ginger.

Ginger Tea For Circulation:  Ginger tea is another easy and simple method to stimulate circulation and promote good general health.  You can use either powder ginger, or root ginger to make your tea.  Ginger tea is safe to drink, and four or five cups of ginger tea can be taken each day.  Use half a teaspoon of ginger powder to one cup of tea, or more if you like.  With fresh ginger, chop up a tablespoon of ginger roots, put into your cup, and pour boiling water over.  Infuse for several minutes, until it has cooled, then drink.  You can use these ginger roots later in the day, as there is still goodness left in them after making one tea.

The Ginger Foot Bath: This is another simple remedy for improving the circulation, and stimulating the digestion.  Put a tablespoon of powdered ginger into a couple of litres of hot water.  Cool until the ginger foot bath preparation is a comfortable temperature.  Soak the feet for 10 minutes in the foot-bath, topping up with more hot water if necessary.

Garlic is one of the best home remedies for improving the circulation.  Use garlic every day in your cooking.  Fresh garlic is really best, if you can handle it.  Chop up a teaspoon of garlic very finely and take as you would a medicine, with a glass of water or your favourite milk. Some people find garlic just too strong for their delicate digestive systems.  If you are one of these, then use another remedy instead of garlic.