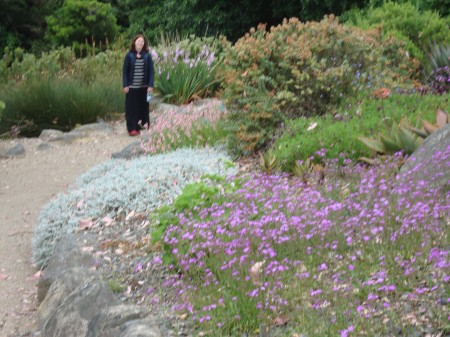 Our local council has just done its rounds of ‘Round-Up’ weedkiller, an herbicide which is widely used in New Zealand to kill roadside weeds and weeds along footpaths and around parks.  Every six weeks or so, this seems to be the routine, and down here in this little country town where I now reside, it seems that nobody objects to this routine poisoning of our parks and streets which is done without warning.

Children and animals are at great risk from the laying of this poison around the park down the road, and around the streets.  And people who live in council flats, such as myself, are especially vulnerable to this poison called Round-Up, because the council comes and sprays the stuff within a metre of our houses.

We have been told for years by councils and farmers, who also use the stuff very liberally, that Round-Up is not toxic to humans in the amounts we are exposed to.  They believe also that the stuff ‘breaks down within a few weeks’.  I am not a scientist, but I can still taste the stuff in dandelion greens and other edibles,  growing within a foot or two of the spray-line, even after six weeks or longer.

Of course the idea that Round Up has no bad effect on humans, or bees, or birds, or pets, is a fallacy:  This story is a yarn spun by the chemical companies who profit from the selling of it, and adopted by councils, farmers and householders alike, because this herbicide poison is just so convenient, since it saves a lot of work, and a lot of money. The people who use it and profit from its use do not want to think too much about the possible harmful effects of the stuff.

There is plenty of evidence to show that Round-Up is NOT the harmless herbicide that it is claimed to be.

Both times the council have sprayed around our houses, I have had a sudden occurence of ear ache, dizziness, with bone pain which came on the day after the spraying.  This was followed a day or so later with terrible back pain which accompanied a sudden kidney infection.  My urine smelled strange, and the left kidney area was painful. I felt dizzy and had stomach cramps.

I realized it was the Round Up poison which had brought on these sudden symptoms, and took homeopathic Thuja immediately to counteract the toxic herbicide.  I took the Thuja three or four times a day for three days.  This helped.  When the back pain appeared, I also took 2000 mg of Vitamin C to get rid of the kidney infection el pronto. I also drank copious amounts of boiled water – about a glassful every two hours for the first twelve hours.

The interesting thing was that my friend suffered similar symptoms, as well as a severe rash, at the same time as I had these ailments.

Here is how the recent spraying just five days ago, on Thursday, affected my friend:

The day after the spraying, my elderly friend, who lives in an apartment which she owns, but which is run by the council, went out into her garden to do some gardening.  She did not realize that the council had been the day before and sprayed the verges of all the footpaths around the houses, just as they had done at my house, as well as the borders of her gardens, and a corner area which was a little overgrown.  She spent the morning tackling the weeds in the corner, unsuspecting of the danger she had put herself in. She was wearing sandals and knee-length trousers, so that her legs were exposed.

The following day, when I called in on her, she was in a bad way.  Her legs were considerably swollen with a bright, angry red rash all over the calves.  It looked like hives, only much worse.  She was complaining of chronic earache and said she felt dizzy.  I told her about the spraying, and said that she must avoid doing any gardening for a few days.  We bathed her legs and did some healing on them.  I suggested that she go down to the doctor’s, in case septocaemia should set in, but she decided not to do this.

Next day, on the Sunday, her legs were better after the treatment we had done. The earache was gone, and the redness of the rash had disappeared, although she still had welts which looked like the remains of hives, like little blisters.  On the Monday, she decided that the sprayed areas might be safe, and went back into her garden to clean it up.  By this time, the area in the corner was browned off after the spraying.  But the stuff was still potent.  It brought the rash up again.  I visited her in the afternoon and her legs were almost as red as they had been on the Saturday.

I knew it was the Round Up spray again, because I had been out after dark, barefoot, to put out milk for the hedgehog.  The soles of my feet burnt so badly after walking on the lawn, I had to wash them again to rid them of the poison.  That was four days after the spraying.

Round-Up is NOT a safe poison to be spraying around our gardens, our parks, our footpaths.  Auckland City Council, before it became the great amalgamation that it is now, used to use just hot water on the edge of its grass verges.  This is the method all councils should adopt, unless they give people more jobs to actually go around and physically manicure the edges of all green areas.

Note:  Homeopathic Thuja is invaluable for antidoting environmental poisons, as well as being useful to counteract the bad effects of vaccination.  I use it whenever I am exposed to poisons such as Round Up, along with Vitamin C in non-acidic form.

Note:  More concentrated spraying was done in and around our town and yards, by the council, on Friday the 1st March, 2013.  It was also done 2 weeks before that, as well as the spraying which occurred around 28th January 2013.  Of course, it was done before that time, but I have only just begun to record the instances of spraying round-up, or similar herbicides, in our town, from the date of 29th January, 2013.

More Spraying Done Causing Illness At Easter:  Spraying was done just prior to Easter, about the Tuesday before Good Friday, as I remember.  I was out when they did this, but the evidence was there when I returned.  As well, strong insecticide was sprayed to kill a wasps’ nest outside my door on the same day the herbicide was sprayed around.  The effect of both these sprays – an herbicide and an insecticide – put me out of action for a few days.  Dizziness, depression with much crying, and a piercing headache at the top of my scull on the left side was the result, especially on Good Friday and Saturday.  Difficulty breathing, heart palpitations and a soaring temperature with red flushed cheeks were also symptoms of spray exposure.  I felt so awful I thought about death and how I could hurry it up.   By Sunday the depression was gone, but my energy levels were so incredibly low, and the pains in my heart so intense, I felt I would collapse.  I managed to play the pipe organ for Easter Sunday Church, but it was touch and go as to whether I would fall off my seat or not.

It is around two weeks now since the last spraying was done just before Easter, April 2013.  I am recovering with the help of vitamins, herbs, and homeopathy.  The heart palpitations and pain disappeared within a few days after Easter, as did the breathlessness and feeling as if my diaphragm had ceased its lung action.  But energy levels are still chronically low.

These sprays, I believe, have a deleterious effect on the health of almost everyone who comes in contact with them.  But few doctors seem to be aware of this, and few are interested in documenting the effects of sprays on people.  Most people who are already aware of the toxic effects of sprays, like myself,  do not use doctors as a rule, so these spraying ‘incidents’ go unreported.  And what is the point, after a spraying ‘incident’ which affects the health dramatically,  in paying a doctor in the hope that they will take up the challenge to investigate the devastating effects of toxic sprays on people’s health?  Proving the point could be a costly business.

Keeping a record of these spraying dates might give people an idea about how much they are being exposed to these poisons.

The price is $60 New Zealand currency.  This includes postage.