On The Bad Effects Of  Vaccination 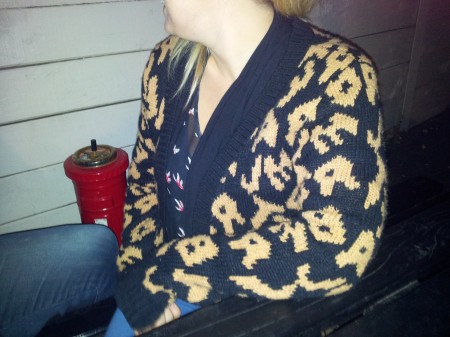 Immunization  Has Debilitating Effects For Some People:  This is a story about how vaccination caused influenza, asthma and high blood pressure in a person immediately after she had a flu injection.

If only she had known about the effectiveness of Homeopathic Arsen Alb., she may have been spared the consequences of the flu jab.  Read:

There is much literature around on the bad effects of vaccination.  The debate is still a very hot one, with drug companies and much of the medical profession pushing to keep those vaccinations going.

Antibiotics used in vaccination programmes are incredibly large money-earners for the drug-pharmaceutical industry, as well as the medical profession,  and so, like the tobacco story, it can be a very difficult thing persuading people that vaccinations can be harmful, because so much money is spent on propaganda in favour of vaccination or immunization.

These big organizations manage to get institutions such as the FDA alongside, who then pressure for mass vaccinations to be  made mandatory.  Even WHO, the ‘World Health Organization’, in tow with the pharmaceutical companies, go about the world vaccinating thousands upon thousands of people in those underdeveloped countries where they are least likely to find resistance.  Programmes like these bring in massive profits for the drug companies.

However – This is not working out for them so well in Pakistan at the moment, where the Teleban are cracking down on the vaccination programmes being run there by WHO.  The Teleban, and many other Pakistani people,  are suspicious that the vaccines might cause infertility, among other things, and quite rightly so, in my opinion.  Read my post entitled: Fake Vaccinations So Teleban Kill Polio Workers In Pakistan which has a bit more on this story.  See also some of my other posts on the subject of Vaccination and Vaccination Alternatives:

Is Vaccination Related To Autism;

Importance Of Magnesium In Preventing Heart Attack And Lowering Stress

And now – For the story on how immunization for flu weakened the immune system, bringing on asthma and high blood pressure, amongst other things:

I have just met a lady who has been made very ill from having a routine flu injection.  Four years ago, she and her husband went in to get their ‘flu shots’.  That year nothing unusual happened.

But the following year, just before going on holiday to Australia in 2010,  they decided to get their flu vaccinations done to ensure they did not catch anything while they were away.  They got their vaccinations done three years ago this April.

On this occasion, the flu vaccination caused a health crisis in this woman’s life.  Her husband did not have any trouble with the vaccine, apparently, although I have not spoken to him.

The first adverse reaction to the flu vaccine was to immediately get a bad dose of the flu.  My friend became suddenly very ill with the flu the following day after having the vaccination.

After she recovered from the flu, she found she had developed asthma, which she had never ever experienced in her life before.

The asthma grew worse.  By the time they had gone over to Australia on their holiday, she was in dire straits with the asthma, and had to be hospitalized.  Her blood pressure had also soared, when she had not had a blood pressure problem before.

Her blood pressure was suddenly dangerously high – 180 over 120.

After being discharged from the hospital in Australia, they returned to New Zealand, whereupon she went back to the doctor to complain about the effects of the vaccination.  This doctor dismissed the idea of vaccination being the cause of her demise in health.  He said her sudden bad health had nothing at all to do with the vaccination for flu.

But she had become IMMEDIATELY ill with the flu after having the vaccination, and the flu was followed on by asthma and extremely high blood pressure, as well as a feeling of lethargy and depression.  My friend did not believe the doctor at all. She changed her doctor right away to one who has been helping her to gradually reduce all the medications she has been put on to manage the asthma and hypertension.

The first doctor who ignored her complaints about the flu injection, insisting that the flu injection had not caused any demise in health, is typical of many doctors who support the pharmaceutical industry:  They refuse to acknowledge any harmful effects of their vaccinations.

Which is why I keep writing these articles up – in an attempt to help disseminate information which might antidote the potentially harmful propaganda which is continually churned out by the drug companies and much of the medical profession.

Useful Books To Read:  ‘Your Health At Risk – What Doctors And The Government Aren’t Telling You’ by Toni Jeffreys Ph.D.  Published 2005 by Crow’s Nest Publishing, Warkworth, New Zealand and also by Axiom Press Australia.

‘Vaccination – A Guide For Making Personal Choices’ by Dr Hans-Peter Studer.  First published in English by Floris Books in 2004.

Homeopathic medicine can be used as an alternative to allopathic medicine which advocates child vaccinations:  I believe that giving children vaccinations to avoid certain illnesses lowers a child’s immunity and may cause him or her to become sick with cancer and other degenerative disease later in life.

My first child had two  rounds of vaccinations, the first at three months, the second at six months.  He became very sick after each of these vaccinations, with temperature, swelling of the tissues and stomach pains. This caused many sleepless nights for all of us.  It took several weeks before he was well again, and sleeping properly.

At nine months, when the plunket nurse came around to give him the third combination shot, I refused. I never gave my children any vaccinations after that. My younger children never had so much as a tetanus shot.

That is not to say that we simply did nothing:  I read everything I could on alternative medicine so that I could prevent illnesses occurring as much as possible.  i learned homeopathy and some colour therapy techniques which proved valuable in times of sickness.

We stove off illness with holistic medicine – herbs, homeopathy, fasting, supplements when needed, colour therapy, and a mainly vegetarian diet.

Research Shows Vaccinations Can Damage Health.  Research has also shown that the results of pro-vaccination surveys are not always accurate, and that they are often modified or engineered toward a desired outcome – one which suits the drug companies in the promotion of their drugs.

Susan K. Claridge wrote a book called “Investigate Before You Vaccinate: Making an informed decision about vaccination in New Zealand”, which I think every person with a young child should read before giving him/her those vaccinations.

This was published by The Immunisation Awareness Society Inc., P.O. Box 56-048 Dominion Road, Auckland, New Zealand in 2002, with a second edition following in 2003.  My daughter tells me that there is a 2006 edition now available.

Susan Claridge has given many quotes by medical doctors who oppose vaccinations.  One or two of these are as follows:

“Vaccination is an illogical practice and may be the underlying cause of illnesses such as cancer…..Disorders of the immune system often occur as a consequence  of the after effects of receiving viral vaccines, presumably related to the cell associated immunity responses, where a graft rejection type phenomenon may occur.”

“The medical authorities keep lying.  Vaccination has been a disaster on the immune system.   It actually causes a lot of illnesses.”

“There is  great deal of evidence to prove that immunisation of children does more harm than good.”

Dr James A. Shannon from the National Institute of Health says:

“The only safe vaccine is a vaccine that is never used.”

“There is insufficient evidence to support routine vaccination of healthy persons of any age.”

Some Homeopathic Alternatives To Help Treat Or Prevent Flu

Homeopathic Arsen alb:  Instead of getting flu jabs or vaccination, I use homeopathic arsen alb.  It is a marvellous prophylactic for flu, and it will alleviate the symptoms and hurry up recovery if you already have the flu.  Begin taking it as soon as you feel any flu symptoms coming on, and whenever there is flu about.

There are several other very good homeopathic flu remedies, some of which are mentioned in my other posts.

Vitamin C in large doses also helps prevent flu, and to recover from it.  See my posts on Vitamin C and Swine Flu, and how dangerous Swine Flu, declared to be incurable, was cured with megadoses of Vitamin C.

Vitamin C is a natural antibiotic, a fungicide, and an anti viral treatment. You need to pump it in, though – 1000mg several times a day of an non-acidic vitamin C such as Ester C or calcium ascorbate.

Vitamin A is also effective in treating infectious diseases of any kind.  This works for mumps, measles, chicken pox, flu, and other infections.

See my post on UNICEF giving Vitamin A to treat measles in Syria.

A Flu Vaccination That Went Wrong: I know one lady who went into intensive care after getting her regular flu jab a couple of years ago or so.  They were going to Australia for a holiday, and she thought she should update the flu vaccination which she had had the year before, which had not caused any noticeable trouble.  Within days, after arriving in Australia shortly after the flu jab, she became very ill.  Immediately, she developed breathing difficulties, as well as multiple allergies, neither of  which she had ever had before.

She also developed a debilitating weakness which prevented her from doing simple things like housework or gardening.  Her speech was affected too.

It has taken her several years for her nervous system to recover.

One thing is for certain.  She will never ever get a flu injection again.

Now she uses megadoses of Vitamin C instead, and takes a daily dose of multivitamins.

I know many people who have gotten a bad dose of flu immediately after getting the flu vaccination. After this experience, most have decided that flu jabs are ineffective and do not bother any more.