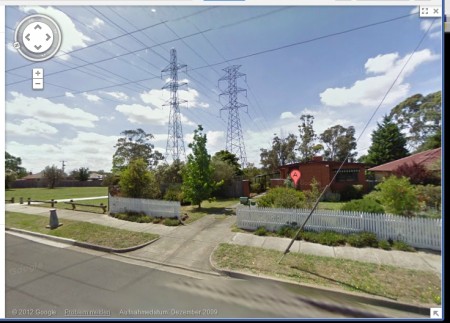 While there are some good Homeopathic remedies, and other natural treatments for Restless Leg Syndrome, it is best to see your health professional if you are bothered by an on-going condition of restless legs.  There may be a serious underlying cause, such as diabetes, or hypothyroidism with polyneuropathy, or iron deficiency resulting in anaemia,  or varicose veins,  poor circulation,  or some other condition.

On the other hand, some medications which are being taken for some conditions may very well bring about the condition known as ‘Restless Leg Syndrome’. For example,  H2 histamine blockers such as rantidine, known as  ‘Zantac’, or cimetidine, known  as ‘Tagamet’, and anti-depressants such as amitriptyline,  known as ‘Elavil’,  can cause restless leg syndrome.  Even drugs like Warfarin, which is used in rat bat, can cause restless legs.

Herbicides and pesticides cause many disturbances of the human metabolism, including the agitation of the nervous system, which can result in restless leg syndrome:  It is best to avoid using any chemical  or poison unless it is absolutely necessary.

Electricity wires such as those shown above can cause restless leg syndrome.  Sleeping next to an electricity meter box, or electrical wires in the wall, or having your cell phone near you, working for long periods near electrical wiring, or spending too many hours driving a car each day, can also cause the condition known as ‘restless leg syndrome’.

Too much alcohol and nicotine can  cause  restless leg syndrome, as can too much coffee.  Alcoholics very often suffer from chronic restless leg syndrome, as well as  from a general restlessness which causes them to pace about all the day.  If alcohol is the problem, and you are addicted, then taking a Homeopathic remedy may not be of much help. You need to give up drinking.  On the other hand, the right remedy could be conducive to your  giving up the bottle.

And so you should check out your restless leg syndrome symptoms with your naturopath or homeopath, doctor, or other health professional.

However, for archival purposes,  here are some natural treatments  which I have found useful for improving the condition known as ‘Restless Leg Syndrome’.  I have out-lined some of the common  Homeopathic Remedies  at the end of the list.

1.  Take Exercise In A Natural Environment: I have found that whenever I have had the condition of ‘restless legs’, there has been an easy solution to the problem.  More often than not, it is because I have not spent enough time ‘grounding’, or ‘earthing’ my body. And often, not enough exercise has been taken, such as walking or swimming.  Not enough contact with the earth, or water, and not enough exercise, can cause restless legs.

Even before you try the homeopathic remedy which is best suited to you, it is a good idea to add some more exercise to your daily health regime, and also check out the other factors in this list, such as Electro-magnetic disturbances:

2.  Electro-magnetic fields: Restless legs are usually one of the first symptoms of electro-magnetic build-up in the body.  If you spend too long at a computer, on a cell-phone,  or in a building where you are exposed to lots of electro-magnetic interference from electricity wires and appliances and other people’s cell-phones, and you spend too little time walking bare-feet in natural surroundings such as on the grass, then there is a very good chance that your restless leg syndrome may be a simple matter of electricity build-up.

Where your house and your bed are situated can have a bearing on restless leg syndrome.  If there is a transformer at the gate, then you will have a higher radiation level about you then the house a few doors away:  Living too close to power transformers and high tension wires, or cell-phone transmitters, can contribute to restless leg syndrome.   If your bed is situated right next to power plugs, or light switches on the wall, then you will suffer electro-magnetic disturbances, which also will affect the energy running through your legs.  Pull your bed away from meter boxes, fuse boxes, television sets, and all electrical wiring in the walls.

Solution To Disperse Electro-Magnetic Energy:  Walk bare-feet on the cool, damp grass in the morning when there is still dew about.  Take a swim, or a shower, or a bath.

3.  Synthetic Sheets and Clothing: These can cause magnetic build-up in the body and cause your legs to be restless.

4.  Colours Which Excite the Nerves, namely Red, Orange and yellow, can cause restless legs, especially if you are trying to sleep in sheets which have these stimulating colours.  Choose preferably white or cream sheets, or very soft pastel shades of pink or lemon or mauve.  Blue and Green are very cooling and soothing colours:  Personally, I think that white or cream is best to sleep in, but you could experiment with blue and green PURE COTTON sheets to see if this helps you.  You need to sleep in colours which soothe the nerves, not stimulate them, which is why you would avoid red or orange or yellow sheets.

5.  To Counter-act Over-Stimulation of the Nerves, and remedy Electro-magnetic build-up in the body, whether it be from the wearing of synthetic fibres, or from the excessive use of  gadgets such as computers, or cell-phones,  all that is required is to walk bare-feet on the grass, or on a beach, so that the build-up of electricity is drawn into the ground.

An easy remedy for magnesium deficiency is to take just a 1/4 teaspoon of epsom salts each morning in hot water.  Epsom salts are very high in Magnesium.

8.   Improve the Elimination of Toxins:  Congested bowels can cause Restless Leg Syndrome.   De-tox the body with Magnesium via the epsom salts:   Just 1/4 teaspoon daily in water will  help to clear toxins from the body and the intestines.  Sluggish bowels and toxins in the body can be another reason why restless legs and cramps can be experienced.

Castor Oil Treatment: Another quick and effective remedy for removing toxins from the body is to take 2 tablespoons of castor oil in the morning with a cup of black coffee to follow.  You might find that one dose of castor oil is enough to cure those restless legs.  If you find that the castor oil helps, then repeat the dose once every week or two to help eliminate toxins and keep your blood pure.  More raw salads and fruit will help also.

Aconitum Napellus; This remedy is characterized by the sudden onset of symptoms.  Getting chilled, and being in cold dry winds sometimes bring about the symptoms.

Arsenicum Album; This remedy is often characterized by a restlessness and deep sense of anguish which often comes on after midnight. The patient has a fear of suffocation and usually feels worse lying down.   Often there is sweating with this remedy, and burning pain.  The symptoms might also include pain and tightness in the chest, and a feeling of pressure about the head.

Avena Sativa; This Homeopathic remedy can be useful in giving the exhausted and nervous individual a deep, dreamless sleep.

Causticum; This remedy is often of benefit to people who have urinary troubles such as enuresis, or weak bladders which cause the involuntary passing of small amounts of urine.

Pulsatilla: This remedy is good for tearful, anxious  individuals.  If your restless leg syndrome is accompanied by feelings of sadness and remorse, then the Homeopathic remedy Pulsatilla may help.

Sulphur; The Sulphur patient is restless and often sleeps in ‘cat-naps’, with frequent waking.  Burning sensations often go with the Homeopathic remedy sulphur.

Electrical energies, outside ot the natural ones which emanate from the human body,are very often, in my own experience, the cause of many ailments and conditions of ill health.

The body has its own energy circuit, or auric body, of which part is the chakra system which Indian wisdom of old has recognized.  For the body and mind to function well, this chakra system of energy centres needs to be maintained so that energy fows freely throughout without obstruction.

Relaxed breathing, water, food, exercise, and the vibrational impulses of colour, sound, and positive, happy thoughts, all aid in the healthy maintenance of the auric body and its internal chakra or energy systems.

Vibrational healing of many ailments can be achieved by the correct application of colour and sound, aroma and touch, but so, too, can harm be done by excessive exposure to a constant or repetitive theme of a vibrational influence.

The effects of listening to excessively loud and aggressive or discordant music is an obvious example.This has a bad effect on the chakra system and soul body, and the longer and more regularly that one exposes oneself to music of this type, the more inharmoniously will the chakra system function. The nervous system would be affected,  outer symptoms of a restless or aggressive spirit would be displayed, and after time,  physical and mental ill-health would manifest, not to mention partial deafness.

But not so obvious to many people are the effects of long-term exposure to electrical currents and micro-waves on the human body and brain. The constant vibrations which emanate from the electrical wires, cell-phones, transformers and aerials of all sorts which are in and about your home and work-place represent a potential threat to the well-being of you and your family.

These forces are, for the most part, silent, yet their effects are probably more damaging than listening to the loud, discordant and aggressive music of which we spoke earlier. In fact, these disturbing electrical interferences could be the reason the need is felt by many young people for the playing of so much “bad” or inharmonious music in the first place, and for the display of so much bad temper or conditions of depression in some people.

I feel sure that the high level of depression in New Zealand, of obesity, alzheimer’s, and of increasing violence and unrest in the world has a lot to do with the prolific use of cell-phones, cell-phone transmitters sending out their harmful and disturbing rays, and the electrical “wired-up” state of cities and even small towns.

Even animals are starting to behave out of character. In the urban environment, dog attacks are becoming frequent. People may blame the owners for these attacks, but I feel sure that cell-phone radiation and the high frequency of pitch which accompanies cell-phone use, is a major cause for the increasing incidence of aggressive attacks by dogs. Dogs, it is well known, are very sensitive to, and become very unsettled by, higher frequencies of sound.

In the wild, even, animals are behaving unusually: their rapidly diminishing natural environment and the threat of encounters with predatorial humans are the two main causes for this, but all animals, being very sensitive to vibrations and to higher frequencies of vibration than what most humans are capable of hearing, are therefore  equally or more vulnerable than what we are to cell-phone micro-waves and their disorienting effects.

I reckon the cell-phone and its transmission towers to be an incredibly destructive invention. It potentially  poses more of a threat to health than say toxic chemicals or war weaponry, because its energies, like electricity, are a force whose effect we can’t see, which leads to the cell phone and its transmission technology being an accepted and largely unquestioned part of daily life.

The effect of cell-phone radiation is felt world-wide now. There are linking grids everywhere about, and there is almost no escaping their effects.