This documentary has been around for a while, but I have only just had the opportunity of viewing it.  This is a really great video:  Everyone would benefit from seeing it, in my opinion.  Fantastic to have these clever medical people promoting raw food and ‘natural’ cures through diet and detoxification. 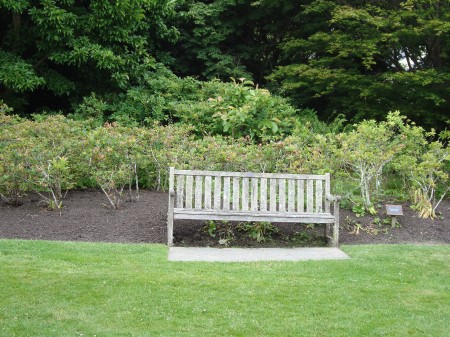 So you believe that patients admitted to hospital run a significant risk of actual harm?
I have seen figures of 50,000 per year touted around. I believe this refers to the US and is actually a corruption of a study of admissions over a ten or more year period back in the fifties. Of course, the paper has been swamped by repetitions of more recent assertions that it represents an annual death toll- a number which would be noted, surely by the media on a more daily basis:
“News in today, there were another 120 deaths by stuff-ups in hospitals around the country today, just as there were yesterday and all last week… Lawyers have never had it so good…”
Let me know when you are aware that admission to a public hospital involves care by a team of doctors, nurses and auxilliary staff from pathology, physio, occupational therapies, admin, all of whom (Believe me) are happy to find fault with poor behaviour or practice… And correct it.
I’ll ask my next patient whether they’d like a homeopathic anaesthetic when I’m on my next shift. And I’ll see if I get deregistered for suggesting a homeopathic dose of antibiotics prior to the surgeon’s incision.
Shall let you know the outcome…

BTW, I was working in ICU during the H1N1 outbreak and saw some pretty hairy stuff. It really obliterated some lungs for a while necessitating use of ECMO, Prone ventilation and High frequency oscillatory ventilation amongst other techniques. As well as the viral insult, these patients were dealing with MODS and secondary VAPs.
At what stage would you like to see the homeopath introduced? I think that it would be wonderful to have one attend at any stage to see just how far out of their depth they would really be in such a situation.

Only a year ago or so my cousin came back from Australia to have a cancerous portion of his bowel removed. Guess what? The surgeon removed the TOP part of his bowel, when it was the BOTTOM part of the bowel which should have been removed. The mistake was discovered just as he was waking up. So he was shot back into the operating theatre to have the bottom part removed. Too late to put back the good, top part of the bowel the surgeon had mistakenly cut out.
This ‘accident’ was, like many, not reported as negligent practice. Many such-like mistakes go unrecorded, because people are too nice to complain.

My own daughter was initially made sick from aerial drops of 245T -same ingredients as Agent Orange which contains Dieldrin – We were intensively sprayed in a country area while I was pregnant. This made us all very sick. After she was born, when her breathing was so bad, and she was so ill, doctors guessed she might have had cystic fibrosis, but this was never confirmed.

Interesting to note too, that I went to the doctor after the spraying, because my own health had suddenly become so bad, with asthma-like symptoms among other things. I wanted the doctor to note that the spraying had made me and my young son sick, so that our symptoms from 245T poisoning were recorded. My hopes were to get the stuff banned.
The doctor told me that there was nothing wrong with 245T – no record of it causing illness in humans – and that my illness was all in my imagination. What an ignorant doctor – the stuff was already banned overseas at that stage, but NZ was still manufacturing it.
This should give you some idea about the influence the chemical and pharmaceutical industries have on our society, how lies are told, and how rules are bent so that they can continue to profit where they can.”

In the documentary “Food Matters”, Doctor  Ian Brighthope, Dr Victor Zeines, Dr Andrew Saul and other eminent physicians have important things to say about drug marketing, drug dependence, and that good nutrition is what is really needed for people to get well.

Professor Brighthope is a Vitamin C specialist, and Dr Victor Zeines is a holistic dentist, which gives you some idea about the professional aptitudes of the doctors who present information on “Food Matters”.

Adverse Reaction to Medical Drugs
Prescription drugs certainly do have their place in today’s medicine. However, alternative treatments, which incorporate raw foods as the healing catalyst, need to be promoted so that people really can improve their health. There really should be no need for dependence on prescription drugs, and when they are used,  they need to be used with caution, as the following details indicate:

Death Due To Prescription Drugs: Adverse drug reactions kill more people in Britain annually than car accidents.  Recent statistics, taken from the documentary “Food Matters” indicate that 10,000 people die annually from prescription medicine in Britain, while 3,500 people die annually from road accidents.
This is incredible.  Why are we not warned about this?  We have plenty of advertisements on our New Zealand television to try and prevent road deaths, but there are none to warn us about the dangers of taking prescription medicine.  And yet prescription medicine kills  almost three times as many people as road accidents.
This mysterious silence is because of the vested interests of the drug company giants.
Adverse drug reactions in Britain, resulting in death, are even higher than the death rates for prostate cancer:  Prostate cancer kills 9,000 people a year in Britain, whereas death resulting from an adverse drug reaction is 10,000 people a year.
Prescription Drugs can help some people, however, they are not the answer for everybody:  They should not be regarded  by the majority as a long term solution to a medical problem.
Prescription medicine is best taken in the short term, when no other alternative readily presents itself.  Long term medication almost always results in side effects of one sort or another, which are often worse than the original condition which the medication was first prescribed for.  Death can, and has, resulted from adverse side effects to prescription drugs.
The medical specialists who feature on the documentary “Food Matters” stress the importance of natural, raw food in counteracting disease –  They promote raw, organic foods for preventing disease, and  for curing it.  51% of your food should be eaten raw, according to these doctors.

The aim  of the documentary “Food Matters” is to educate us into the wiles of the drug companies, and their manipulations of the medical system.  These alternative  doctor who feature on “Food Matters”s are providing us with the obvious, natural, healthy alternative to long term medication: food.
One  of these doctors who will seem familiar to New Zealanders and Australians is Professor Brighthope. He is an Australian doctor, a vitamin C specialist, who has was interviewed on  New Zealand’s ’60 minutes’  recently, and in another  New Zealand documentary,  in relation to Vitamin C being effective in treating swine flu.
People have the opportunity of improving their general health so that the body stands a chance of fighting off a diseased condition. Eating 51% raw food, as the doctors on “Food Matters” recommend, will help prevent you from getting the same thing again.
Even when prescription medicine is resorted to in an emergency, for the short term, hopefully, diet and detoxification should be taken seriously, for the long term, so that the body and the immune system become stronger.
The doctors on ‘Food Matters’ all stress the importance of diet and detoxification in averting disease.
This documentary gives an enlightening discussion on just how and why we have lost faith in our body’s ability to heal itself: Promotions by drug companies serve to seduce the public into thinking that they need to have medical drugs to survive.  Drug companies make enormous profits from keeping people on prescription drugs, and so they have a vested interest in coaxing us to be drug dependent.
They have a big influence on doctors and all the medical profession. Even the medical journals are funded by drug companies’ advertisements.  Drug companies are rich and powerful, so that they can afford to monitor and manipulate much of the drug research going on.
Recently, findings from research done two years ago have shown that 3/4 of the people taking cholesterol lowering drugs in America are taking them unnecessarily.  This is 30 million people a year, out of the 40 million people who are on prescription medicine to lower their cholesterol.