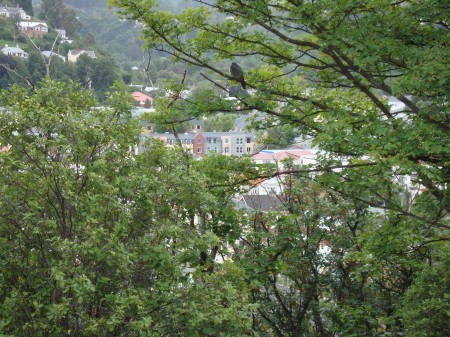 Lack of Important Nutrients and Poisons stored in the body can cause the eye sight to deteriorate.  Poor diet, dehydration, exposure to toxic chemicals, and chemicals contained in food,  can all cause the eye sight to weaken, with blurred vision, or black spots developing in the field of vision.  But if the right measures are taken, I believe that many people are capable of improving and restoring their sight again, just as they are capable of improving memory and combatting alzheimer’s disease.

If you can reverse the beginnings of glaucoma, or macular degeneration in the early stages, chances are that you can stave off these serious eye conditions for a very long time.  Concurrently, you find that if, through your efforts,  the eye condition improves, then so does memory and  general brain function.

I know for a fact that the state of the eye sight is not fixed in concrete.  The quality of your vision can change from day to day, week to week, depending on how you are looking after yourself, the amount of sleep you are getting, the levels of stress you are experiencing,  the chemicals in your environment and body,  whether you drink alcohol or smoke,  and the vitamins and minerals in your food.  These factors  all have a bearing on how well your eyes are performing.

Excessive alcohol drinking, and smoking, both affect the health of the eye sight very badly.  Good eye sight depends on having clear sinuses, so if you are busy contaminating your sinuses by smoking, or inhaling other toxic substances, your eye sight, and your hearing,  will deteriorate. Thirteen  to sixteen years ago,  because of alcohol abuse, and smoking,  I suddenly found that I could not read the print on a book held at a normal distance from the eyes.  This state of affairs did not correct itself immediately upon quitting alcohol, but took some time to reverse.

After I had become a ‘recovering alcoholic’ and was attempting to bring some semblance of order into my life again, I did my truck driving licence as a test to see if my memory would work again.  It was a small goal to set myself.  Everything about the examinations went well, except for when I went to have my eyes tested for the issuing of the new licence.  My eye sight at this stage showed that I would need glasses to get the licence.  Mind you – I was tested on one of those dreadful machines at the AA office,  which simulates distances, and has the effect of disorienting  you spacially.

I do not think that these machines give an accurate indication for eye sight performance.  Nowadays I request to use the old fashioned eye chart to get my eyes tested.  However, I was aware that my eye sight was not half as good as what it had been only three years earlier, before I had taken up smoking and the drinking of wine on a daily basis.

So – after sobering up, but still continuing to smoke, I went to an optician to get prescription glasses made so that I could pass the truck driving licence.  These cost $750 which was quite a lot of money at the time.  Anyway – the glasses were issued a couple of weeks later, and so I went to get my eyes tested again, this time by the bus company’s medical team, who used the eye chart instead of a machine.   I decided to do the test first without the glasses, to see how my eyes were performing without the glasses.  It seemed that my eye-sight was much better than it had been prior to this time – I was pleasantly surprised to see how well I fared.   I passed the eye sight test without the glasses. The doctor told me that my eye sight was actually very good for my age, and that many younger people do not have eye sight which was as good as my own.  So I have never used those glasses.

One day I might have to use glasses, but so far – 13 years after I was told I would have to have glasses for the rest of my life, for driving and for reading – I still do not have to wear glasses  for anything – not to read a book, nor to drive a car. I am 62 years old today.  I thank Divine Power,  the Power Greater than Ourselves, and my friends, for helping me to recover from alcohol and getting  my life back on track.

I went back to another doctor five or six years later to get my licence renewed, and was told the same thing – that my eye sight is very good.  But it certainly was deteriorating very fast while I continued to  smoke and drink,  in combination with an acidic diet which was  devoid of  many  fresh or cooked vegetables.

Avoid Alcohol and Smoking, Herbicides and Pesticides:  The trick  to improving eye sight, I have found, is to stop using all these weakening  environmental chemicals which damage the eye sight.  Herbicides and insecticides and many other chemicals have a bad effect on the eyes.  But substance abuse of any kind is probably worse, because it is done to the detriment of the body on a daily basis:   Alcohol, and especially smoking, are extremely damaging to the eye sight.

Avoid Food Additives To Protect Eye Sight: One needs also to  stop using processed foods which contain damaging chemicals such as preservatives and colourings.  These also affect the eye sight, the nervous system, the memory, and the general health.

Detoxify With Castor Oil To Help Eye Sight:  Once I began to take an interest in my health and well being again, I began using natural detoxification methods to reduce the toxins  stored in the body:  Using castor oil once a week is one method of detoxifying the body naturally.  This has an immediate  beneficial effect on the eye sight.

Lemon Cleanser:  A litre of warm lemon drink taken every morning with 1/2 teaspoon of paprika pepper, is another good cleanser.  This  hydrates the body as well as working as a detoxifier.  Drink as much as you can of the lemon drink first thing, before eating anything or making coffee.  Try to drink down at least half a litre, about a pint, of the lemon drink and paprika in one go.  Then finish what is left after breakfast.

Vitamin C – Calcium Ascorbate: This is a miracle worker. Vitamin C is a natural detoxifier, as well as being highly instrumental in the building and maintaining of cell tissues. Apparently the brain has very high amounts of Vitamin C in it, something like six times the amount found in any other part of the body.  Your eye sight also needs this Vitamin C to function properly and stay healthy.  Extra vitamin C, taken in the form of Calcium ascorbate, can help to regenerate those eye tissues.  This is a very good idea if you have been neglecting your diet in any way, or have been exposed to harmful chemicals.   Vitamin C helps to remove toxins from the body.  A body free of toxins leads to better eye sight.

Enemas and Colonics:  I recommend  using enemas, or going for a colonic irrigation if you are attempting to improve the eye sight and your general well-being.  This is another method which hydrates the body whilst detoxifying the body at the same time.  A professional colonic irrigation washes away years of toxins which have built up in the intestines.  This is a great start  both physically and psychologically,  to a new and healthy  approach to life.

Drink Plenty Of Water Or Vegetable Juices: Dehydration can cause poor eye sight.  Alcohol causes dehydration, which is just one reason why it is bad for the health and the eye sight. So does excessive coffee drinking.  Drinking enough water keeps the bowels working efficiently.  Drinking enough water helps the kidneys to remove toxins through the bladder.   If you decide to use the lemon cleanser drink in the morning, then this will hydrate your body wonderfully well, and take care of your water needs.  Eyes do not perform well if water is short in the diet.

Alkaline Diet After Giving Up Alcohol– and eventually smoking, I began to change the diet to a more alkaline one again,  and  to work on nourishing the body and the brain  with vitamin and mineral  rich foods.  Good quality protein is important, as well as all those alkaline foods. Organic free range eggs, chicken, fish, beef, lamb, nuts and seeds, are all good for helping the eye sight, so long as enough raw vegetable matter is taken as well.  These methods  of simple purification, which included plenty of alkaline foods such as green vegetables and sprouts, and fresh fruit,  all helped to restore the health of my eyes. Even memory was regained, when I thought I would never ever recall a movie, or remember a face again.  The nervous function improved bit by bit:  After a year of not drinking a drop, the shakes stopped,  and general health improved.

Note:  Using an alkaline diet will help you to give up drinking alcohol if you are having difficulties with abstinence.

Other things to help the eye sight:  Reduce coffee. Eliminate milk if you can, at least until the eye sight has improved and the bowels are cleansed. It is good to eliminate bread and all wheat products too, I have found.  Walter Last recommended this many years beforehand, and I reverted back to his diet whilst I was recovering.  It is better to have a bowl of rice rather than a slice of bread.  Have an apple instead of a piece of cake or a biscuit.  For snacks, use vegetable and rice and protein left overs instead of bread or cake, or dairy foods.  Eat some sunflower seeds, or sesame seeds, or almonds, with dates for a sweet and nutritious treat.  Sesame seeds are much higher in calcium than milk is.  Sunflower seeds are also rich in calcium and other nutrients which benefit the nerves and the eye sight.  There is nothing in bread, really, which is beneficial to the eye sight.  So- cut bread out and use the nutritious alternatives instead.

Grated Raw Carrots:  This is one of the best remedies for the eyesight,  the health of the nervous system, and  the immune function.  Carrots, either raw or cooked, are rich in beta-carotene, which is a Vitamin A constituent.  Raw carrots grated up are especially good to include in the daily diet to help eye sight, as more or the beta carotene is held in the raw carrot.  The raw carrot also helps provide enzymes and roughage for the bowel, which also helps eye sight.

Broccoli, Silver Beet, Comfrey, Raw and Cooked Spinach:  These are also high in Vitamin A beta-carotene, iron, Vitamin C, and other vitamins and minerals.

Sluggish bowels lead to the eye sight deteriorating.  Keeping the bowels clean by eating plenty of the alkaline raw foods, sprouted seeds and grains, green vegetables and fruit, is going to do your eyes and your nervous system, and your general health,  just so much good.  Eating snacks of raw celery and carrots is going to help keep your system alkaline and clean of toxins.  Eat a good breakfast every day, such as porridge with a grated raw apple, or a banana,  each morning.  Dr Gerson recommended porridge every morning, taken with a large grated apple and olive oil,  for his cancer patients.  Porridge is rich in silica, as well as being good bowel-cleansing  fibre, which  is going to help your eye sight recover.