The Herpes Zoster Virus:  Shingles is caused by the Herpes Zoster virus, which is the same virus which causes chicken pox.  The virus can remain dormant in the body for years, and then suddenly make an appearance when stressful conditions arise, such as a physical or emotional shock, or exposure to chemicals which weaken the immune system.  The Shingles condition causes terrible itching, similar to having chicken pox, with the characteristic little red specks over the skin. 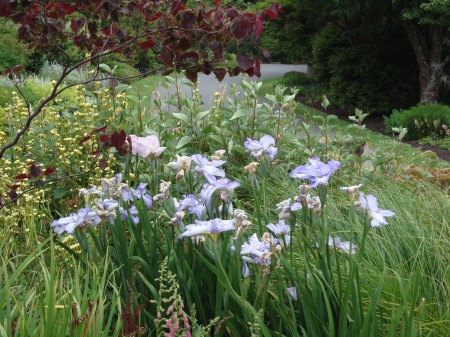 Homeopathic Ranunculus bulbosus is highly  recommended  for treating Shingles, the dose being 6C up to four times daily. This remedy is especially good if the Shingles rash is mainly on the trunk of the body.  Ranunculus bulbosus helps the pain of Shingles, and should bring relief in a couple of days.  If improvement is not noted, then you must see a health professional for his or her advice.

See Merrilyn’s January 2013 post entitled ‘List of Homeopathic Remedies For Shingles‘ for more information on the subject of shingles.

Stephen Messer, who is a practicing naturopathic physician in Oregon, gives Ranunculus bulbosus as being one of the best remedies for helping  Shingles.   He and his remedy are  mentioned in the book ‘New Choices In Natural Healing’, edited by Bill Gottlieb, the former editor of ‘Prevention’ magazine.

Yoga and Meditation are recommended for people with Shingles.  Quiet restful music is also very helpful, as is sitting quietly in a leafy glade where there might be heard the music of a waterfall and the birds singing.  Anything which soothes the nerves is helpful to the Shingles sufferer.  Music therapy, with gentle bird sounds, running water, joyful singing, and string quartets, are all good.

Breathe Vital Force Into The Solar Plexus while you are lying under the blue light.  This is a marvellous exercise for taking in ‘prana’ or life force, and distributing it through the body and brain.  It benefits the nervous system, and so is especially good for shingles sufferers. Here is the exercise, to be done twice a day, or three if you feel the need.

Breathing Exercise For Shingles To Calm Nerves and Improve the Vital Force: Simply close the eyes, and  put the fingertips on the solar plexus area at the centre of the stomach.  Press slightly.  Hold the fingers there while you breathe in very deeply with your eyes closed. As you breathe in slowly, count One, two, three, four, five, six, seven, eight, nine, ten.  Don’t worry if you cannot make it to ten.  Just do what is comfortable.

Now, still with the eyes closed, place your fingertips gently on your forehead, at the eyebrow centre space  just above the nose.  Hold the fingers out while you breathe out slowly.  Count to yourself as you breathe out:  One, two, three, four, five, six, seven, eight, nine, ten.  Then place the fingers back on the solar plexus to begin the round of breathing in again.

Repeat the Whole Exercise Ten Times, ten breaths in and ten breaths out.  At a snail’s pace, of course.

Cayenne Pepper For Pain:  Another home remedy for helping the pain of Shingles is Cayenne Pepper, according to Allan Magaziner.  He says that the pharmaceutical medicine commonly prescribed for Shingles pain is a preparation called ‘Zostrix’.  This  is derived from capsaicin, which comes from hot peppers.  In order for it to be efffective, a little Cayenne Pepper needs to be taken with each meal.

Vitamins B and Vitamin C are essential for helping Shingles sufferers.  If you are on medication, then you must ask your doctor about these.  Vitamin B helps reduce stress in the body, and so does Vitamin C.  Vitamin C helps to eliminate toxins from the body, which is helpful in any disease.  Taking 1000mg of  Calcium Ascorbate,  a non-acidic form of vitamin c,  at bed-time, will help you to sleep well, as it is a mild tranquillizer.  If the Shingles is very irritating, then the dose of Calcium Ascorbate Vitamin C can be increased to 2000mg twice a day, and then reduced again when the symptoms subside.  Vitamin C in large doses works as an antibiotic, and an antiviral medicine.

Other Homeopathic Remedies For Shingles:  Dr John H. Clarke recommends Rhus toxicodendron 30, three times daily if there are Shingles on the scalp as well.  He says that three days only of the Rhus tox 30 is needed, usually.

I have found Rhus tox to be useful for shingles on the legs – three doses daily of Rhus tox 30 to begin with for several weeks – then once a week after about a month.  After three weeks or so of one dose a week, a daily dose was given for another month.  Repeat the procedure as necessary.

Other recommendations of Dr Clarke are:  Variol. 6, 4h for general cases of shingles.  this is often followed by one of the following:   He recommends Rhus tox 3, 2h for people who have not reached middle age, and Mezer. 3, 2h. for shingles in older people.  When there is ‘intractable’ pain, he recommends Pru. spi. 30, 3h.  He uses Arsen. 3, 4h for chronic cases.

A useful lotion which can help soothe Shingles and relieve the pain is Cantharis.  This, like the above remedies, would have to be prepared by a chemist.  The proportions he gives for the lotion are:  Cantharis, 3x, ten drops to the ounce.  This is applied externally only, on linen cloth or gauze.

The price is $60 New Zealand currency.