What Is Vitamin B Complex?  B Vitamins are particularly interesting, because it is through the early discovery of one  B vitamin that the science of vitamin therapy grew. 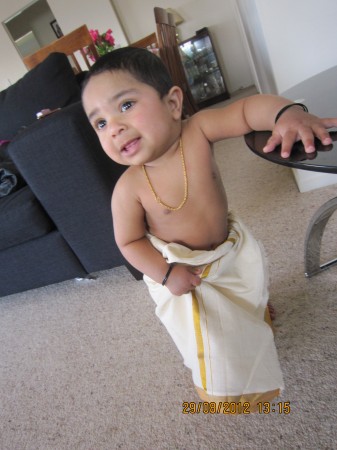 Vitamin B Complex can be broken down into several different categories.  Here are the main ones:

Vitamin B2 is Riboflavin;

Biotin, Pantothenic Acid, and Folate, or Folate Acid, also belong to the B Complex group of vitamins.

Here is an outline of what the specific B Vitamins all do:  Generally, it is best to take the whole B Complex, so that one category of B Vitamin does not cause imbalances in the body.

Vitamin B1, Aneurine, also called Thiamine  is the anti-beri-beri vitamin.  It is mainly an energy giver, being  part of an enzyme system which is essential for good digestion, for the health of the nervous system, for maintaining a healthy heart, and for promoting growth.

Food Sources of Vitamin B1, or Thiamine:   Vitamin B1 is  found in the outer husk of grains such as rice.  This is why eating grains and seeds which have not had their outer goodness processed away, such as brown rice, is better for the health. Wheat germ is an excellent source of Vitamin B1, Thiamine.  Yeast, nuts, potato skins, egg-yolk, ox liver,  sheep or chicken liver, pork, and legumes and pulses such as peas, lentils, broad beans, black-eyed beans, haricot beans, and soy beans,  are other good sources.

Deficiencies of Vitamin B1, or Thiamine, cause beri-beri.  Deficiencies can occur with people who consume too much alcohol,  and in people whose diets are missing this essential component to good  nerve health. Party drugs and some prescription medicines could cause a lack of Vitamin B1, Thiamine.  It is mainly a lack of Thiamine which causes alcoholics to suffer the ‘trembles’, to experience double vision, and to lose their ability to walk properly, with a shuffle developing.

When milling techniques during the 1700’s and 1800’s became sophisticated enough to remove the outer brown husk of rice, many rice-eating nations became afflicted with problems of beriberi.  This disease causes a wasting of the muscles and nerves, and eventual paralysis.  Thus came the discovery of  Thiamine in 1911, when this vitamin was isolated  from rice bran.  It was given the name ‘vital amine’ which means ‘essential for life’.  These two words were later put together to form the term ‘VITAMIN’, which today encompasses the whole range of vitamins which are, essentially,  ‘essential for  life’.

Vitamin B2, or Riboflavin.  This is another vitamin, like Vitamin A,  which is important for the health of the eyes.  Sensitivity to light can indicate riboflavin deficiency.  Riboflavin is one of two very important co-enzymes which is essential in digestion.  Riboflavin is another energy-giving vitamin, which also helps facilitate the utilization of oxygen in the cells.  It is a yellow-coloured water-soluble vitamin.  Its yellow colour can be seen in the urine within about half an hour after taking a Vitamin B Complex tablet, which has Riboflavin in it.

Foods Rich In Riboflavin:  Good amounts are  found naturally  in milk and cheese.  Dark green leafy vegetables such as broccoli and silver beet, spinach and comfrey all have good amounts of riboflavin.  Tomatoes and orange juice contain riboflavin.  Brewer’s yeast, and fish and ox livers, legumes and pulses, and seeds such as sunflower seeds and sesame seeds, are rich in riboflavin.  Egg white contains riboflavin.

Deficiencies of Riboflavin:  A deficiency of Vitamin 2 Riboflavin, although fairly uncommon,  usually shows up with dry cracks at the corners of the mouth.  The area about the nose can appear oily, and vertical wrinkles which arise from the top lip and move upwards towards the nose, can also signal a deficiency of Riboflavin.  Eye sensitivity, with sensitivity to light, can indicate the need for more riboflavin in the diet. Deficiencies of this B vitamin, riboflavin,  have been rare up until now, at least in Australia and New Zealand, where milk has been a cheap commodity for generations.    However, I suspect that many children in New Zealand today might again be suffering Riboflavin Vitamin B2 deficiencies because the  high price of milk and the low income of a lot of families prohibit many families from buying it.
Some people on low incomes who were interviewed on television here recently said that they cannot afford to buy milk very often.

Vitamin B3, or Niacin.  Also its relatives, Niacinamide and Nicotinic Acid:   Niacin is known as the PP Vitamin, meaning ‘Pellagra Preventative’.  While it is considered to be the most important nutrient in combating pellagra, B12, riboflavin, and protein are also required in beating this disease.

These diseases taught us much about these B vitamins and how important they are for good health.

One method used by native American Indians to prepare corn grain for eating was to soak the grain overnight in a lye of hardwood ashes and water.  This liberated the niacin from the corn.  In Mexico, even today, another method using lime water is used to enhance the nutritive value of corn.  The lime water technique also releases Niacin from the corn.

So – we cannot live without Niacin.  It is important for the metabolism of fats, proteins and carbohydrates, and in aiding the utilization of oxygen by the cells.  It is another essential vitamin which is needed by the nervous system.  Deficiencies of niacin can lead to mental disturbances.

Foods Which Contain Niacin:  Whole-grain cereals and breads, broccoli, asparagus, baked potato with the skin left on, all meat, chicken and fish, peanut butter, legumes such as lentils and peas, and soya beans.

Too much Niacin given in a supplement can have alarming effects:  It can cause an immediate hot flush in some people.  It is not meant to be harmful, and high doses of niacin have been used by health practitioners to treat certain conditions successfully.  However, it is best to use niacin in moderation. Use in combination with the other B Vitamins and other nutrients, with good nourishing food, to restore a condition of health.

Vitamin B6, Pyridoxine:  This vitamin plays a key role in fat metabolism, in keeping the health of  the nervous system, in maintaining the immune system,  and in regulating hormones. It is helpful in lessening the effects of aging.

Pyridoxine Vitamin B6 is commonly deficient in people who suffer premenstrual problems. Vitamin B6 can act as a diuretic, to help remove  excess fluid from the body.  Fluid retention can build up just before a period.  Vitamin B6 Pyridoxine  has been used as a treatment for some types of diabetes, for kidney stones, depression, and to help alleviate the effects of alcohol or drug abuse.  It can also help lessen the cravings for alcohol and other drugs.

For Expectant Mothers:  Pyridoxine is thought to be essential in the development of the nervous system of the growing child:   Some young babies who have suffered epilepsy in early childhood have been found to have very low levels of pyridoxine.  Morning sickness can often be alleviated with pyridoxine supplement, taken in a B complex tablet.  Expectant mothers and breast feeding mothers need to take more Vitamin B6 pyridoxine so that she and her child do not suffer deficiencies.  Women generally are advised to take 1.6 mg of Vitamin B6 per day, but are advised to step this up to 2.2 mg if pregnant, and 2.1 when nursing a child.

Deficiencies of Pyridoxine Vitamin B6 can build up over time without one realizing it.  This can result in long-standing semi-depression characterized by a lack of energy and a negative attitude.  It is worth taking a slightly higher than normal  dosage of B Complex over a period of about a week if you feel you might be suffering a long-term deficiency of Vitamin B6 Pyrodoxine.

Antibiotics and oral contraceptives can make one deficient in Vitamin B6.

Folate, Folic Acid:  Expectant mothers also need to have a little more of this vitamin, to aid tissue growth and repair and to enhance  red cell development of her growing child.  180 mcg is the daily dose recommended for average adults, but 400mcg per day is recommended for expectant mothers, and 280 mcg if nursing a child.

Vitamin B12, Cobalamine:  This is important for the health of the nervous system, for healthy skin, for the formation of new tissue growth, and the formation of red blood cells.  People can become anaemic with too little Vitamin B12 in their diets.  It is commonly deficient in vegetarians, unless they take measures to replace meats with the appropriate Vitamin B12-rich foods, such as salmon, eggs, cheese, tuna, crab meat, mussels, oysters, mung bean sprouts and fermented foods such as sauerkraut, and tempeh.

Expectant mothers need more Vitamin B12 Cobalamine to grow healthy red blood cells for her child.  2.0 mcg is the daily dose  recommended for the average adult, and 2.2 mcg if you are pregnant, 2.6 mcg if you are breast feeding.

Biotin:  This is needed for the metabolism of fat, protein and carbohydrates.  30-100 mcg are needed daily for men and women.  Biotin is destroyed by raw egg white, which is the reason that, in treating cancer with diet, raw egg yolk is given daily, but not the white.   Biotin is found in peanuts, peanut butter, eggs, oatmeal, wheat germ, chicken, cauliflower, nuts, almonds, lentils, green and dried peas,  and soy beans, lima beans, haricot beans, and black-eyed beans.

Pantothenic Acid:  This is also needed for the fat, protein and carbohydrate metabolism.  It is sometimes recommended for people who have hypoglycaemia, and  blood sugar level problems.  Along with zinc, it can help to reduce food allergy symptoms in many people.

4-7 mg or Pantothenic Acid is needed per day.  It can be gained from eating fish.  Whole grain cereals, such as brown rice, mushrooms, avocado, broccoli, peanuts, cashews, almonds, lentils, soybeans, and eggs are all rich in pantothenic acid.

Vitamin B13,  Orotic Acid:  This more obscure B vitamin is thought to be helpful to sufferers of multiple sclerosis.  It is found in root vegetables and whey.

Vitamin B15m Pangamic Acid, is another more obscure B vitamin.   Pangamic acid is found, like Laetrile, in the kernels of apricots and other fruits.   Pumpkin seeds, sesame seeds and almonds are also high in Pangamic acid.  This vitamin has been found to be helpful increasing the blood supply to the brain and heart, which would make it useful for treating alzheimer’s patients.

Vitamin B17, Laetrile or Amygdalin Used In Cancer Therapy: Vitamin B17 Laetrile  is found in the kernels of stone fruits.  All apple seeds, quince seeds, plum stones, apricot kernels, peach and nectarine kernels, and almonds, all contain Vitamin B 17, Laetrile,  This has been used for treating cancer and other degenerative diseases.  NOTE:  Since these kernels all contain traces of cyanide, one has to be careful not to over-dose on the laetrile therapy.  Up to 6-9 apricot kernels could be taken a day, in divided doses.  But the dose needs to be assessed according to body weight.  In some cases, I have heard of people taking only small amounts – two or three kernels a day.  Whilst others have taken up to 6 or 9 a day:  The people on the higher dose were also taking enemas, and castor oil every second day, as Dr Gerson’s cancer therapy recommended.  This would wash away much of that cyanide from the bowel, so you would not suffer poisoning symptoms.   However, if you were not to use enemas, or castor oil every 2nd day,  then only 2 or 3 kernels per day should be taken, otherwise a condition of cyanide poisoning could arise.