This article was first published on merrilyn hope.com on February 6th, 2011.  Since then, Holland, Mexico, followed by the European Commision, have banned neonicotinoid poisons. Bayer, who makes and markets neonicotinoid pesticides in Europe, has threatened to sue the European Commission for banning the product and causing loss of sales.  Does this remind you of the tobacco scandal?  Doctors were pictured on television during the 1950’s, smoking like chimneys, telling us they were smoking their favourite brands, and that smoking was good for you because it calmed the nerves.  It was many decades before the truth came out.

It seems morbidly ironic that neonicotinoid poison is a synthetic form of that produced from tobacco. 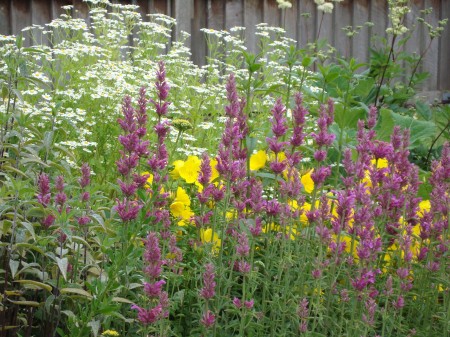 Bees, and other pollinating insects and birds, are ESSENTIAL for life on the planet.  Without them, our fruit trees and agricultural crops will not produce any food. All bees are helpful in sustaining life on the planet:  honeybees, bumblebees, solitary bees, mason bees,  hoverflies, butterflies, moths, even wasps, and spiders, all play a part in our existence on earth.

We should not be killing the insects of the planet.

In an article January 22, 2011, Weekend Herald, New Zealand, information was revealed which points to neonicotinoid insecticides being a contributing factor in the mysterious disappearance of bee colonies around the world.

Bee Colony Collapse Disorder reportedly has affected between 20% and 40% of all American hives. The same colony collapse disorder has been noted in other countries around the world, such as France, and Taiwan.

As yet, so the article says, the problem has not hit New Zealand or Britain, though I doubt this very much:  We have had our own share of bees falling sick, and hives diminishing, and I think that insecticides must surely be the  main part of the problem: Bees are also sensitive to electro-magnetic radiation, such as that emitted from cell phone towers and cell phones, as Italian bee keepers reported on Jamie Oliver’s show recently. Radar systems, and satellite interference, will also be playing a part in the decline of bees and other pollinating insects.

Bees are also vulnerable to ANY insecticide, whether it be a neonicotinoid class insecticide, or another type of chemical. Chemicals get carried back to the hive, and this means that all bees in the hive will be affected by the poison.

The trouble with the neonicotinoid compounds, imidacloprid, and clothianidin, is that they are systemic poisons. This means that they get into every fibre of the plant, including the pollen.  Only microscopic amounts of neonicotinoids are needed for bees to be affected. They carry the pollen home, where it affects the whole of the hive.

Microscopic amounts of these pesticides cause bees to become vulnerable to the killer disease nosema. Nosema is one disease which causes bee hive collapse.  Studies which were done two years ago showed that bees who had come into contact with the neonicotinoid pesticides had increased risk of succumbing to this disease, and this was even when the insecticide poison could not be detected on the bee, though the scientists knew that the bees had been exposed to it previously.

Neonicotinoid insectides, which mimic the insect killing properties of nicotine, affect the central nervous system of the bee – as well as that of all mammals, including humans.

Be forewarned:  Nicotine, we know, affects the central nervous system.  These synthesized chemicals, which mimic nicotine, will eventually be proven to be affecting human nervous function, and our immune systems, as well.

Research which was done two years ago in America, at the American Government’s Department of Agriculture’s Bee Research Laboratory in Beltsville, Maryland,  has only just been made public. The results of this research has been duplicated in another, independent study, done by French researchers at the National Institute for Agricultural Research, in Avignon.

A two year wait for this information to be made public surely causes one to wonder as to the reasons why:  Many other countries already have bans, or partial bans, on the use of neonicotinoid insecticides, as their use has been linked to the drastic reduction of bee colonies, and other health and environment problems.

The countries which have restrictions on the use of neonicotinoid insecticides are: France, Germany, Italy and Slovenia.  But the USA, and Britain, and most likely, New Zealand, Australia, and many other countries around the world, are still using these very toxic insecticides.

Bayer started making neonicotinoid insecticides around 1990.  Some of these neonicotinoid compounds are known as imidacloprid, and clothianidin, which is the latest. Be on the alert for new compound names.  No chemical insecticide is ‘safe’, for either insects or human or animal life.

Bayer reportedly made 510 million pounds, or $1.07 billion, in the year 2009. These astronomical profits will, of course, be an incentive for Bayer, and other companies with their own versions of the insecticide, to continue making and marketing these insecticides for as long as they possibly can.

It looks as if the American government is ‘in’ on this:  a leaked document which came out in November, probably thanks to Wikileaks, showed that the US Environmental Protection Agency had continued to license clothianidin, ‘even though its own scientists reported that the tests Bayer carried out to show the compound was safe were invalid’, so the Weekend Herald article says.

This decision on the part of the US Environmental Protection Agency does nothing to protect the environment.  Obviously, the big guns are at work here:  money talks, and talk is cheap:

Bayer spokesman for Bayer CropScience UK, Julian Little says:  “bees are very, very important to Bayer CropScience and we recognize their importance’ – but the welfare of bees is obviously not important enough for Bayer chemicals to discontinue with the production of neonicotinoid pesticides, even when other countries have seen fit to ban them, or restrict their use.  Not when they are making you $1.07 billion a year.

He maintains that neonicotinoid pesticides are ‘safe when used properly’:  He says ‘I’m sure there are some very interesting effects Dr Pettis has seen in a laboratory, but when you get to what’s important to everybody (?), which is what happens in the field, you dont’ see these things happening”.  – NO – BECAUSE,  ONLY MICROSCOPIC AMOUNTS ARE NEEDED, AND THE PESTICIDE WORKS SILENTLY AND INVISIBLY.  VERY EASY TO IGNORE, AS IT IS DIFFICULT TO DETECT.

What is Being Done In Britain?

The Co-operative Group, which buys farm produce, has banned the use of neonicotinoid pesticides from providing farms.  This is an indication that the Co-operative Group recognizes the danger to people who consume food which has been treated with imidacloprid or clothianidin.

Only two weeks ago or so, the Labour MP for Gower, Martin Paton, requested that the government suspend the use of neonicotinoid compounds, following recent revelations in the US over Bayer’s latest neonicotinoid, clothianidin.

The Strange Disappearance of the Bees: This is a movie made recently by American film maker Mark Daniels, in collaboration with Dr Jeffrey Pettis, who did the research on bees two years ago at the American government lab, and Dennis van Engelsdorp, who works at Penn State University.

Update 4th August, 2015:  Today, on National New Zealand Radio on the ‘nine to noon’ programme, research scientist Dr. Mark Goodwin was interviewed on the problem of bee numbers declining in New Zealand.  He said that 60% of bees had been lost from some hives in Northland this season, and that big losses have also been experienced in other parts of New Zealand:  In Coromandel, it was reported by one bee-keeper that out of a colony of 10,000 bees, most disappeared suddenly, and only 200 bees and one queen were left. The situation is alarming.

Neonicotinoids have been proven to be one cause of bee colony collapse disorder, but of course, as Dr. Goodwin pointed out, there are many other agricultural poisons which can make bees become susceptible to pathogens.

One thing which was not mentioned in this interview was the increasing proliferation of microwaves from satellite technology. Microwaves, as with toxic chemicals, can cause a lowered immunity in all creatures, including bees, which can lead to them becoming sick with viruses.

It is interesting to note that New Zealand bees have taken a marked dive in population since the introduction of ‘smart’ electricity meters, which use microwaves, and markedly increase our exposure to microwave radiation.  The new system was begun in New Zealand in 2013, and now, in 2015, most houses have been updated with these new meters.  This probably amounts to around two million more microwaves zapping through the air in a crossfire with the already existing cellphone microwaves. Many people, including myself, regard these microwaves as an extreme hazard to the health of mankind and animals alike.  They are bound to affect bees, and could very well be a major factor in the mysterious disappearance of bee colonies around the world.