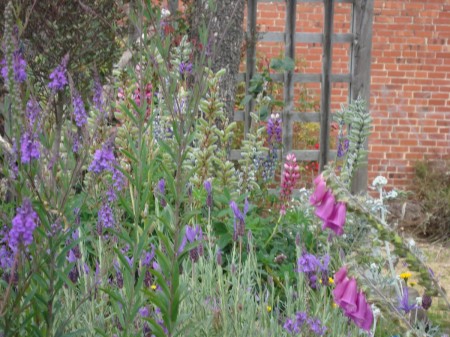 Why Are Bees Dying?

This year I have not seen more than a couple of bees at a time in my small garden here at Morrinsville.  There are plenty of flowers there of which bees are very fond, but the bees just do not arrive in their numbers as they used to.

Well, we all know about those insecticides and herbicides which kill bees off.  If we want to protect our bees so that we still have them around to pollenate our food crops for us, then we all have to stop using toxic chemicals on our soil and plants.

It has been shown that the nicotinoid insecticides spell death to bees, causing the phenomenon known as ‘Bee Colony Collapse Disorder’.  Scientists who researched this project found that bees who were exposed to incredibly microscopic amounts of nicotinoid poisons, so small that the nicotinoids could not be detected in the samples they gave to bees, developed a virus which killed the whole hive off.  Whereas the bees which the scientists knew had not been exposed to these microscopic amounts of poisons did not succumb to the virus, and their hives lived.  See Merrilyn’s post entitled  Bees Colony Collapse Disorder from February 2011.

Thus is the power of Homeopathy.  For this is how Homeopathy works:  Microscopic amounts of the original material are used by diluting the mixture to the required strength.  Critics of Homeopathy, such as New Zealand’s doctor Shaun Holt, are adamant that homeopathy is a sham because ‘homeopathic remedies do not have anything in them’.  But scientists, in proving how poisons remain potent even when there is no trace left in a dilution,  causing the death of bees, have actually proved that the strange  phenomena of homeopathy exists.

In Homeopathy, as it works for people and animals, a dilution of the original material, whether it be a poison or a plant, or a mineral, is used to cure the same symptoms that the poison would induce if it was given undiluted to a healthy person.  We would not try taking any amount of the deadly Digitalis in its original form, as we would experience a racing heart, delusions, and probable death.  But if suddenly, without taking any Digitalis herb, you became sick with a racing heart, delusions, and feared death,  then chances are that Homeopathic Digitalis would fix that racing heart and take away the delusions and fear of death.  And homeopathic nicotinoids would probably be the very thing to reverse those symptoms which arose from being exposed to nicotinoid poisons, or to reverse the same effects. If the life of a bee were not so short, and their bodies not so fragile, it might be possible to reverse the effects of the poison by spraying their hives with an even stonger dilution of the toxin which made them sick.   (A stronger potion results each time it is diluted 1:10, or 1:100)

The other reason that bees are struggling to survive, apart from insecticides killing them off, is the fact that there are few flowering herbs and weeds left around on street verges and in the lawns which are planted about the place.  This means that bees are often short of food.  They are also short of the medicinal nutrients to be found in all flowers of herbs and weeds and fruiting plants.

Many valuable plants are disappearing from our gardens and from our grassed areas.  In the old days, one would see an abundance of pretty little flowers peeking out through the grass, especially if you left the grass to grow for a week or two after getting rain.  But people seem to want monocultures of pure grass these days, with none of these valuable medicinal plants and weeds showing their dear little heads.

We need to get planting those old-fashioned components of grass – Things like penny royal, red clover, plaintain, dandelion, prunella vulgaris which is a beautiful little purple flower, also known as ‘self-heal’, daisies, yarrow and chamomile.   These plants all grow well in a lawn and will provide nourishment for the bees as well as a feast for the eye of the beholder.  Every time you walk across your lawn you will smell the delicious fragrances of these herbs, which has an uplifting result in itself.

Plant plenty of borage, marigolds, lemon balm and fever few amongst your vege patch, and let the seeds self-sow in the corners of the garden.  Lemon balm and borage are especially loved by bees, but any of these little flowers will attract honey bees and bumble bees into your vege patch and orchard, which will help produce a good crop through their pollination work.  The bonus is that you will end up with medicinal plants at your finger-tips, to use when necessary, as well as keeping the bee population alive and well.

Instead of using those poisons to kill the weeds and insects, let the nature’s natural insecticides, the small weeds,  share your lawn with the grass.  Plant cottage garden plants around in your vegetable patch, and around the borders of the lawn, and let those beneficial weeds grow.